The Marionettes Chorale and Queen’s Hall are synonymous with each other. After all, it is here that this iconic choir has staged their elaborate recitals and annual Christmas concerts for over 40 years. For Gretta Taylor, Musical Director of the Marionettes Chorale, Queen’s Hall has always been a pivotal part of her career in the performing arts.  Here is a Transcript of our Conversation with Gretta Taylor:

Her relationship with Queen’s Hall began as a young girl, when she competed at the first Music Festival as a pianist. Her first time singing on any stage was with the Marionettes in Queen’s Hall.  Like a supportive friend, the Queen’s Hall has stood at Gretta’s side as she matured in the arts, transitioning from choir member to leader of the Marionettes. 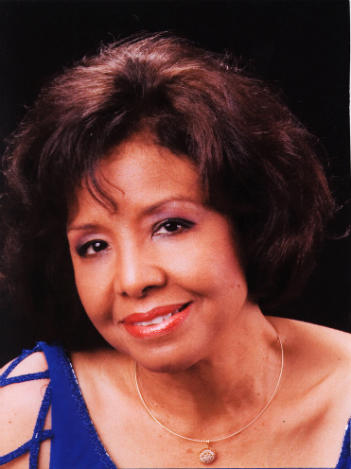 Fresh out of college in Canada where she sang with the University of Toronto Chorus, which represented Canada at the first International University Chorale Festival at Lincoln Centre in New York in 1965, Gretta was invited to join the Marionettes. The then Musical Director, Joycelyn Pierre, was Gretta’s former piano teacher and kept abreast of her developments while she was abroad.

Joycelyn fell ill and shortly after her recovery went abroad on a scholarship. The Marionettes disbanded and the members asked Gretta and fellow choir member Susan Dore to revive it. Dore retired last year due to ill health. Gretta had already filled Joycelyn’s shoes as the music teacher at St Joseph’s Convent. Ironically, as a St Joseph’s Convent student she wasn’t good enough to make the school choir.

“Having said yes there, the Marionettes felt I could extend my efforts to the Marionettes and it has been 38 years,” Gretta said, as she reflected on her long career at the helm of the choir.

“Very uncomfortable,” she said when asked about the transition from choir member to Musical Director. “You face one position with your peers and all of a sudden you are pulled out the pack to turn around to face them. I felt very uncomfortable stopping the choir if something wasn’t quite right. I remember sweating buckets.”

Gretta described her early experience as on-the-job training but she also learned a lot as a member of the North American Chorale Association, of which she has been a member for 30 years.

“A lot of my confidence, knowledge and experience came from being a member of the Association. They have conventions every two years and this is where I learned a great deal, kept up to date with trends, repertoire, styles, ways of conducting, everything,” she said.