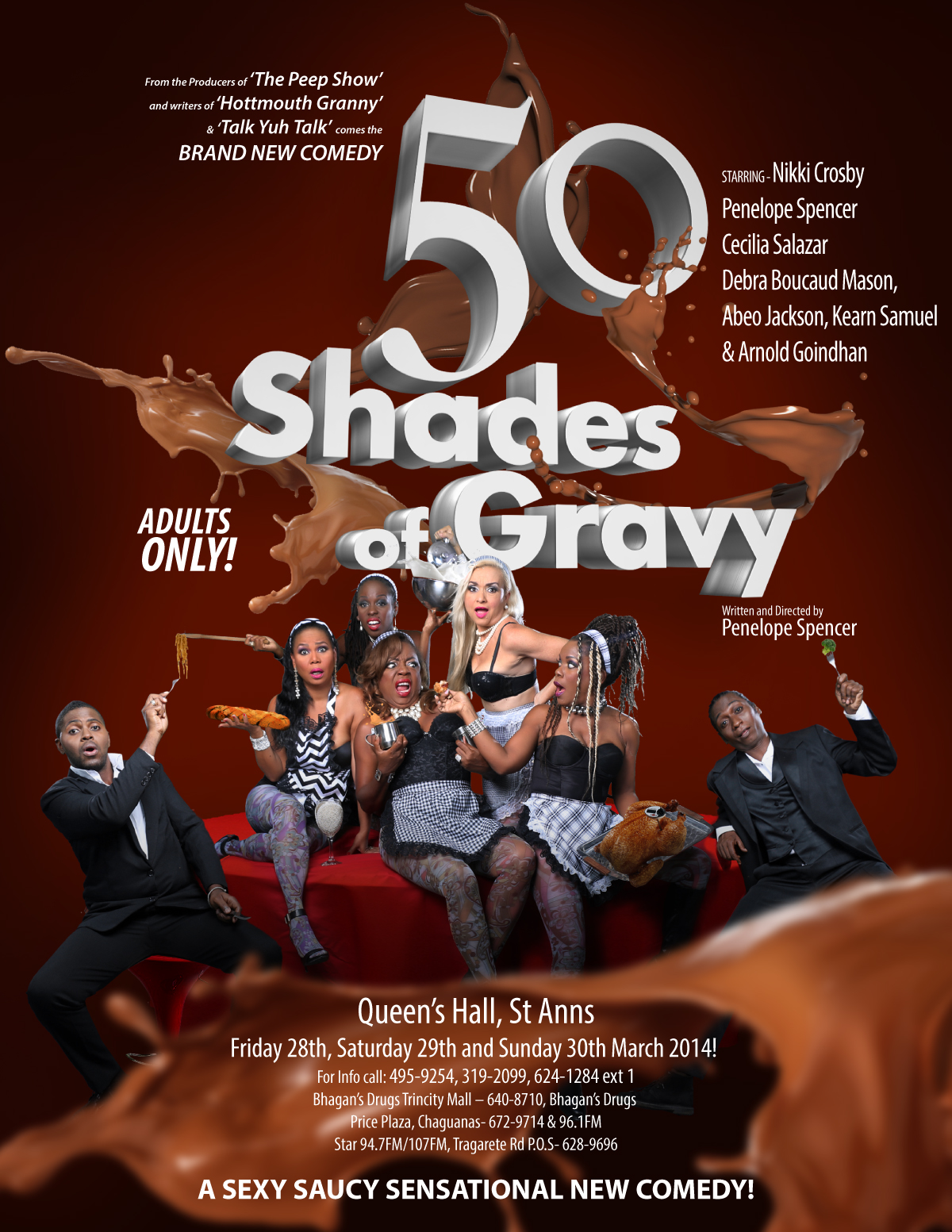 AbeoJacksonProductions is at it again!

The last 2 years were ones of intense challenge and brand new discovery for the fledgling company. However like the true believers in the power of the art form that they are, AbeoJacksonProductions bravely continues to fight the creative fight, and bring love and laughter and new perspective to avid audiences all over Trinidad and Tobago. After the box office smash hit “Peepshow”, in September 2013, directed by the brilliant and effervescent Penelope Spencer, Abeo and her winning team are back and excited for all that 2014 has to offer.

The New Year has started off with a bang and the company has again been granted the use of the state of the art Queen’s Hall space for the period March 27th to March 30th. The brand new all original work “50 Shades of Gravy”, will again be directed by Penelope Spencer; a show which is a montage of hilarious, riveting, poignant sketches focusing on all manner of relationships.

With a fetish here and a bacchanal there, the “Gravy” ingredients include, the ladies: Penelope Spencer, Cecelia Salazar, Debra Boucaud Mason, Nikki Crosby, AbeoJacksonProductions’ Artistic Director, Abeo Jackson as well as the gentlemen: Kearn Samuel and Arnold “Pinny” Goindhan!

For extra zest they have added a trio of talented and technically trained dancers, Ramona Tim Kee, Zakiyah Savary and Moriba Francis. Why dancers you ask? Well because the show incorporates sassy movement, choreographed by Abeo Jackson, who is most recently credited for choreography of hit local productions “The Sound of Music”, “The King and I” and “Encore: Live From Broadway”.

And finally, for perfect “Gravy” consistency, the creative team also includes the like of Gregory Singh, the lovable stage manager and costume designer with a super human eye for detail! AbeoJacksonProductions leaves no creative pot unturned with this one. According to Jackson and her writer/director Penelope Spencer, this is their most innovative and edgy work yet!