CARIFESTA XIV – Temple in the Sea

Tonight at 7pm Iere Theatre Productions’ “Temple in the Sea” takes the spotlight!  The play was written in 1995 by students of UWI’s Department of Creative and Festival Arts, under the directorship of Rawle Gibbons, to commemorate the 150th anniversary of Indian arrival. Under the direction of playwright Victor Edwards, Iere Productions first mounted the play in 2002. Edwards said the story explores the ultimate triumph of Siewdass Sadhu, a devout Hindu and indentured labourer from India, who found his space in the Trinidad landscape in spite of challenges from the colonials and modern-day politicians to keep the promise he made to God to build a mandir. (Source:Newsday)

This CARIFESTA XIV event is free to the public, however a ticket will be required for entry. In keeping with the CARIFESTA XIV policy, tickets will be distributed 3 hours before the show. For more details, visit www.carifesta.net! 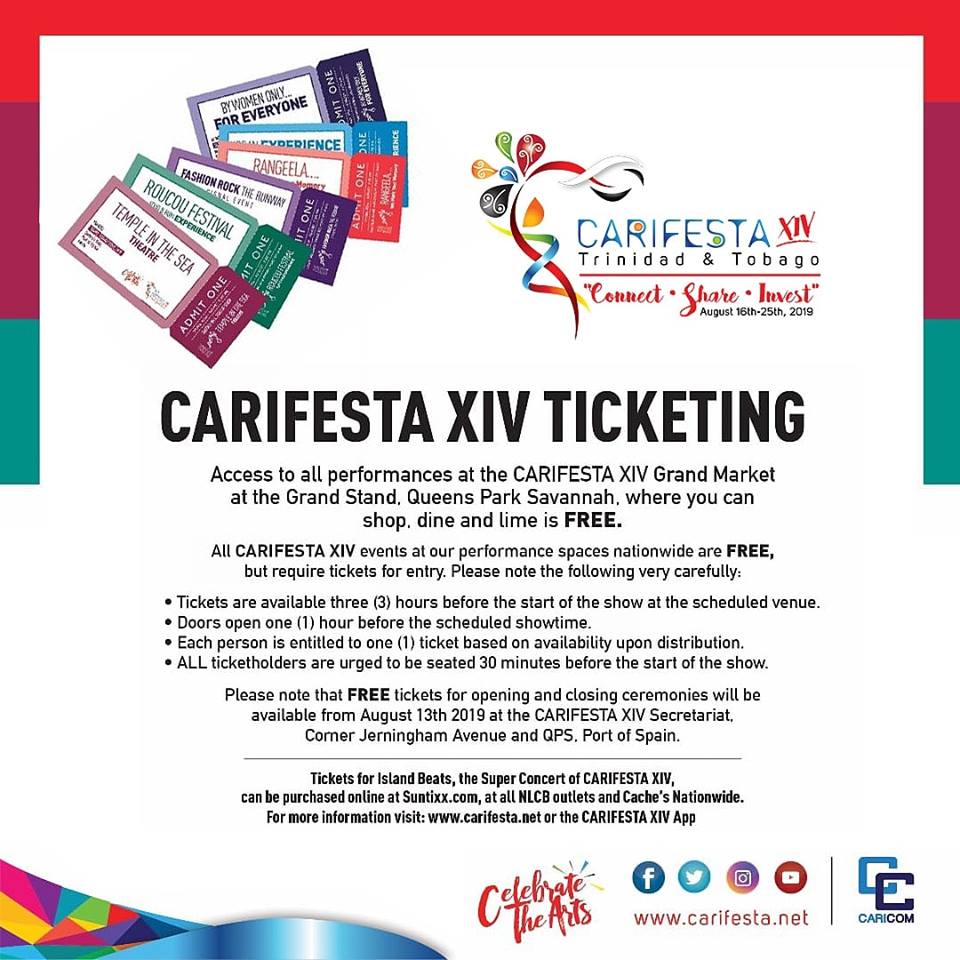