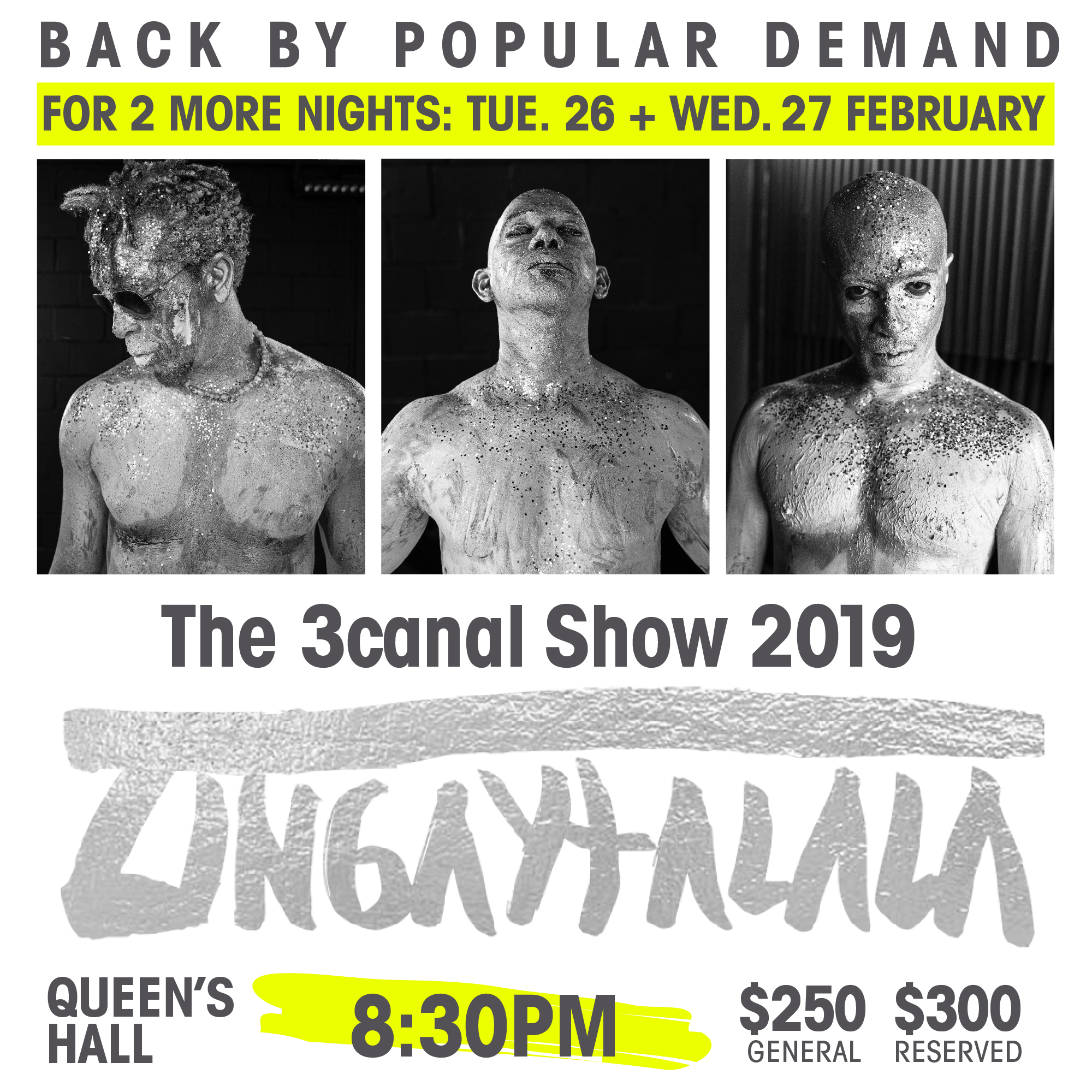 According to Roger Roberts of 3 Canal, “Zingaytalala is an old folk song and traditional stickfighting chant often sung in the gayelle…A cry from deep within, an old stickman chant, a reckoning.  Zingaytalala is a cry from the spirit, a shout from the soul, a cry for healing, a call to the world to do more and be more, for the good of the whole.”  (Source:Newsday)  In recognition that many of the nation’s youth are ignorant of Carnival history, including stickfighting and the traditional characters, Zingaytalala is the band’s attempt to educate everyone about the different traditions of Carnival often overshadowed by “pretty mas.”

This year the 3 Canal Show – “Zingaytalala” begins with a preamble including traditional mas characters such as a mad Dame Lorraine, a bitter Black Indian, a “woke” Baby Doll, pretentious Jamette and flamboyant Stick Man who tell the story of Carnival 1919, exactly 100 years ago – a time 3canal describes as an event “that led to the eventual demise of the Jamette bands.”

The show features a 36 member cast including Jelae Stroude-Mitchell as the Rude Gyal Rapso Feminist, Randy Stanley as Mizz Jinnay, Marvin Doweridge and the Brothers Thomas – Mogabi and Shermake. They will all be featured in a Jouvay Jamdown alongside the band on the Du Dup Soul March Riddem, created by Keshav Chandradathsingh. 3canal will be accompanied by Simon Mendoza on keyboards, Jayron Remy on sequencers, Kiwan Landreth-Smith on guitar, Joanna Maria Hussain on bass, John Ottway on drums and Chandradathsingh on percussion, with Marcus Sammy as sound engineer.

Tickets priced at $250 for General and $300 for Special Reserved are available at the QH Box Office and online at www.queenshalltt.com