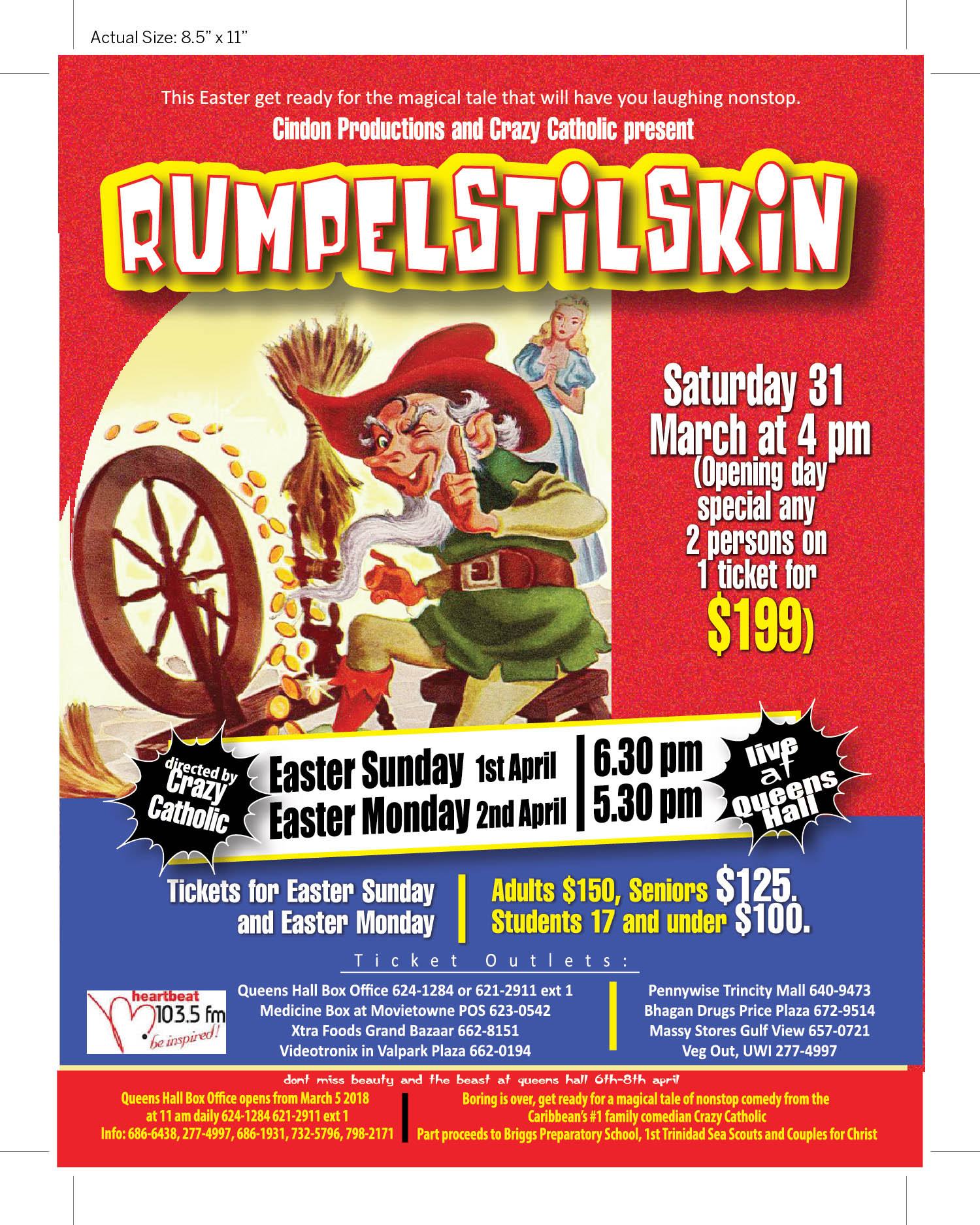 Live at Queen’s Hall this Easter weekend Saturday 31st March to Sunday 2nd April – Cindon Productions’ Rumpelstilskin and the Golden Princess!  This brand new play brings to life the classic tale of the mystery man who can spin straw into gold.  Rumpel is played by acclaimed dancer and actor Rene Arneaud (DREN) and features a 22 member cast including Haleigh Lopez as the Golden Princess, Shelci Marie as investigator Shania Holmes, Dese Simon as the King, Andre Arneaud as bumbling detective Watson, Ilijah Louis as the Guyanese Babu, Randy St Rose as the Wizard and Juanito Soogrim as the Jester.  The play is filled with magic, special effects, comedy and dance and received rave reviews when it was first staged at SAPA in July 2016.

The play is appropriate for all members of the family and is written by Shelci Marie and directed by Crazy Catholic,who also supplies the comedy.  Lighting is by Celia Wells, Sound by Jabari Bowman and costumes and set by Cindy Rodriguez. “This Easter all your dreams come true at Queens Hall as Rumpelstilskin weaves his magic.  A tale unlike any other”