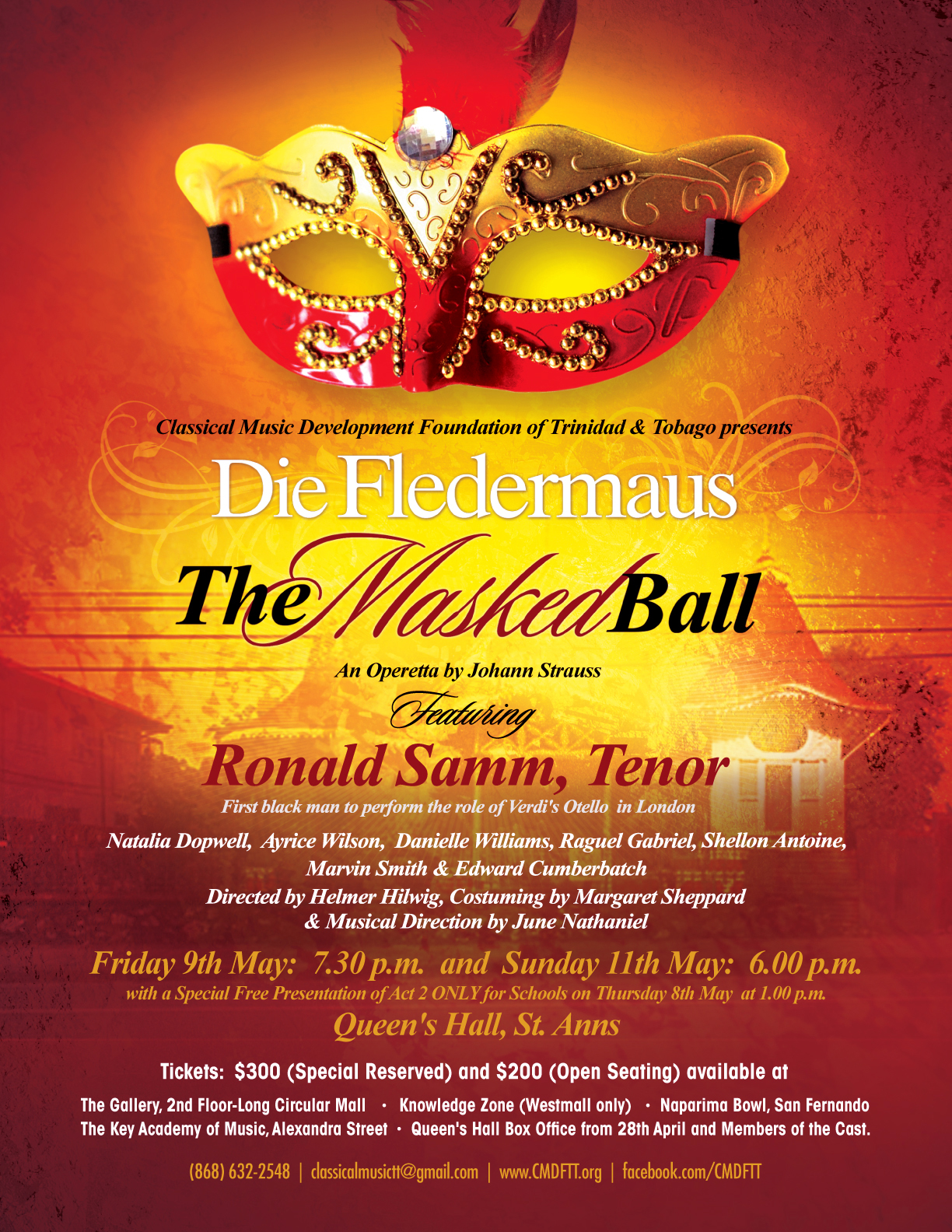 A new production of the comedic operetta Die Fledermaus will be staged at the Queens Hall on Friday, May 9th and Sunday, May 11th, featuring Trinidad’s world renowned operatic tenor Ronald Samm in the lead role of Eisenstein, surrounded by a superb cast of outstanding singers from the Young Artist Collective of the Classical Music Development Foundation who have staged four other well reviewed operas since their launch in 2011.  Ronald Samm is the Trinidad born heldentenor who made history as the first black man to sing the role of Otello on the Covent Garden stage.

The audience will be transported to post Independence Trinidad, as Eisenstein (Ronald Samm) and his lawyer Dr. Blind (Edward Cumberbatch) return from an unsuccessful court appearance. Eisenstein must turn himself into prison for an 8 day sentence, and his wife Rosalinde (Natalia Dopwell) sees this as a perfect opportunity to spend some quality time undisturbed with the dashing tenor Alfred (Raguel). Eisenstein is convinced by his friend Dr. Falke (Marvin Smith) to delay his incarceration until after the masked ball being thrown that evening by Orlofsky (Danielle Williams) a visiting Russian diplomat. Little does he know that attending the masked ball will also be the Prison Warden Frank (Shellon Antoine), his wife’s chambermaid Adele (Ayrice Wilson), and his own wife in disguise as a Hungarian Countess!

The comedic action that ensues will be ably Directed by Dr. Helmer Hilwig, Musically Directed and Conducted by June Nathaniel, Accompanied by Enrique Ali with Costuming by Margaret Sheppard, Set Design by Arielle Rostant and Lighting Design by Celia Wells. This will be the fifth opera produced by the Classical Music Development Foundation of T&T since the launch of the Young Artist Collective in 2011.