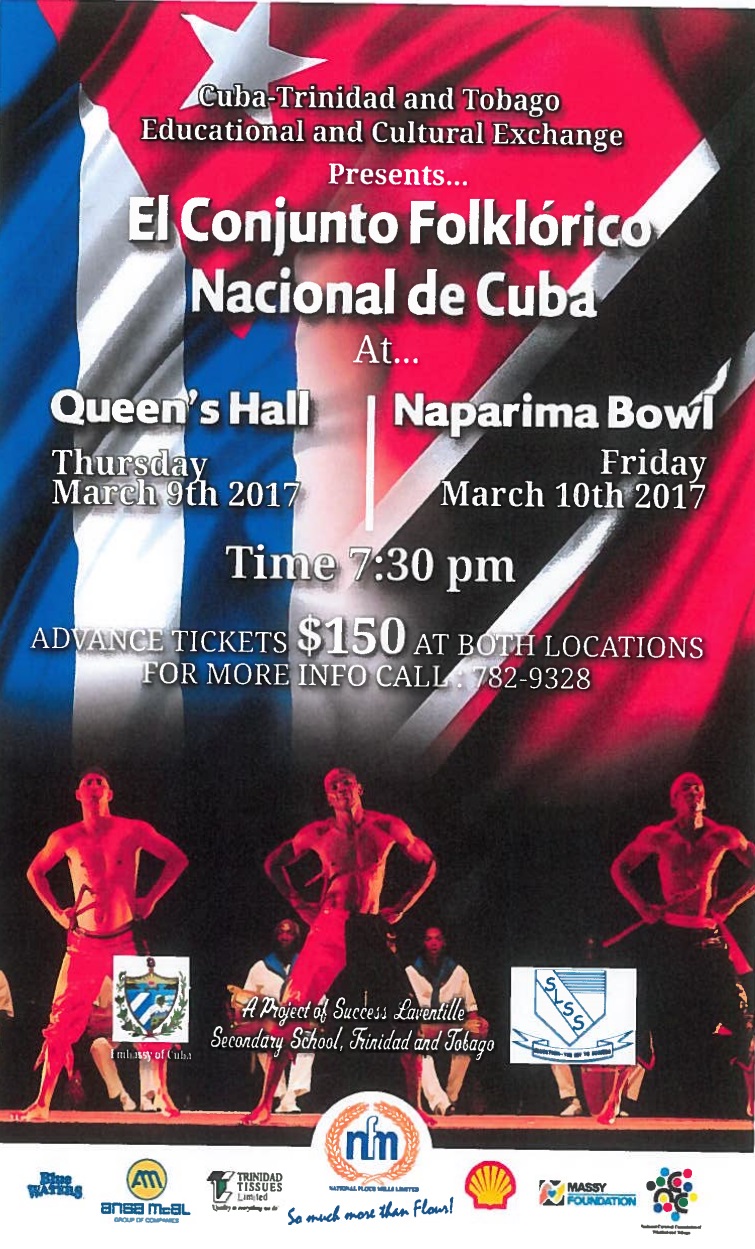 Success Laventille Secondary School and its steel orchestrra, Success Stars Pan Sounds were invited to visit Cuba in August 2015 by the Cuban Institute of Music and the Government of Cuba. The Cuban Ambassador, H.E. Guillermo Vazquez Moreno, an avid supporter of the school, hoped that the visit would be the beginning of a Cuba-Trinidad and Tobago Educational and Cultural Exchange which would strengthen the ties between both countries. Encouraged by our successful visit to Cuba in 2015 and recognizing the significant impact of this exchange, we initiated plans to invite a performing arts group from Cuba, for a reciprocal visit. Thereafter, a Project Stakeholder Committee, consisting of representatives from the public and private sectors, was established.

El Conjunto Folklórico Nacional de Cuba, a 55-year old prestigious company with a rich tradition and diverse repertoire will be visiting Trinidad and Tobago from March 4 to 14, 2017 to participate in a number of dance and percussion workshops for students of UWI, UTT, secondary schools and Best Village community groups.This National Folk Ensemble of Cuba will be performing at concerts at Queen’s Hall on Thursday March 9 and Naparima Bowl on Friday March 10. They will be going to Tobago for workshops on Saturday March 11 and a concert performance at Shaw Park Complex on Sunday March 12.