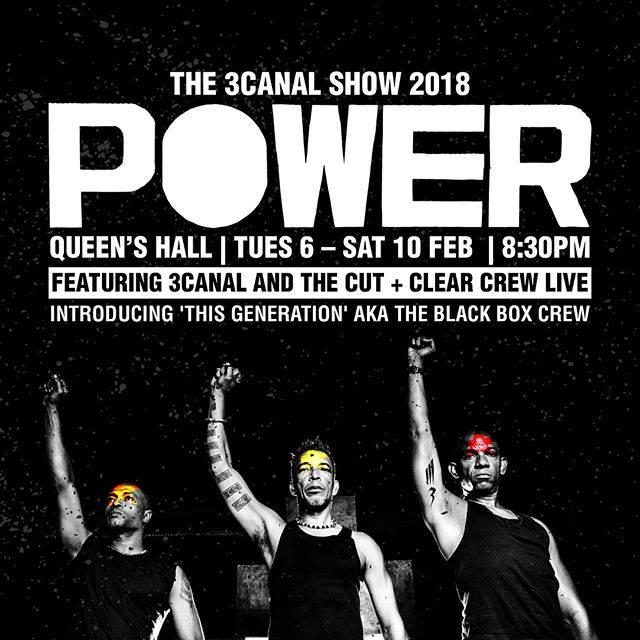 The 3canal 2018 Show – POWER opens at Queen’s Hall at 8:30pm on Tuesday 6th with a PREVIEW. Tickets for the opening show are $150 for opening night only. POWER continues at 8:30pm nightly until Saturday 10th February.

AN INVITATION TO CLAIM YUH POWER AND BRING IT DOWN NOW!

Tickets are priced at $250 for General and $300 for Reserved seating.

Their genre of music is called Rapso. Rapso is conscious music. It has been termed “The Power of the Word in the Rhythm of the Word”, “The Poetry of Calypso” and “The Consciousness of Soca”. They began their musical journey in 1997, with the song “Blue”, a song which marked a turning point for the music industry of TnT. It became a benchmark for the new Sound of the music of Trinidad’s Carnival. Two years later they recorded “Talk yuh Talk” [1999] a hard hitting response to all “mocking pretenders of society”. This went on to become an anthem for the dispossessed and voiceless. Notably, a significant part of their work involves working with young people in workshop labs using the carnival arts as a means of expression and empowerment

3canal’s work as artists goes beyond its musical base, into Design & Consultancy, Performance Workshops, Event Production & Management, through their production company cut + clear productions. In 2004 they created “The 3canal Show” a multi-media performance event, which has since become an annual event in Trinidad’s carnival calendar. For the Trinidad Carnival they also create a Jouvert Band.  This year their J’ouvert production is called ReJouvayNation.