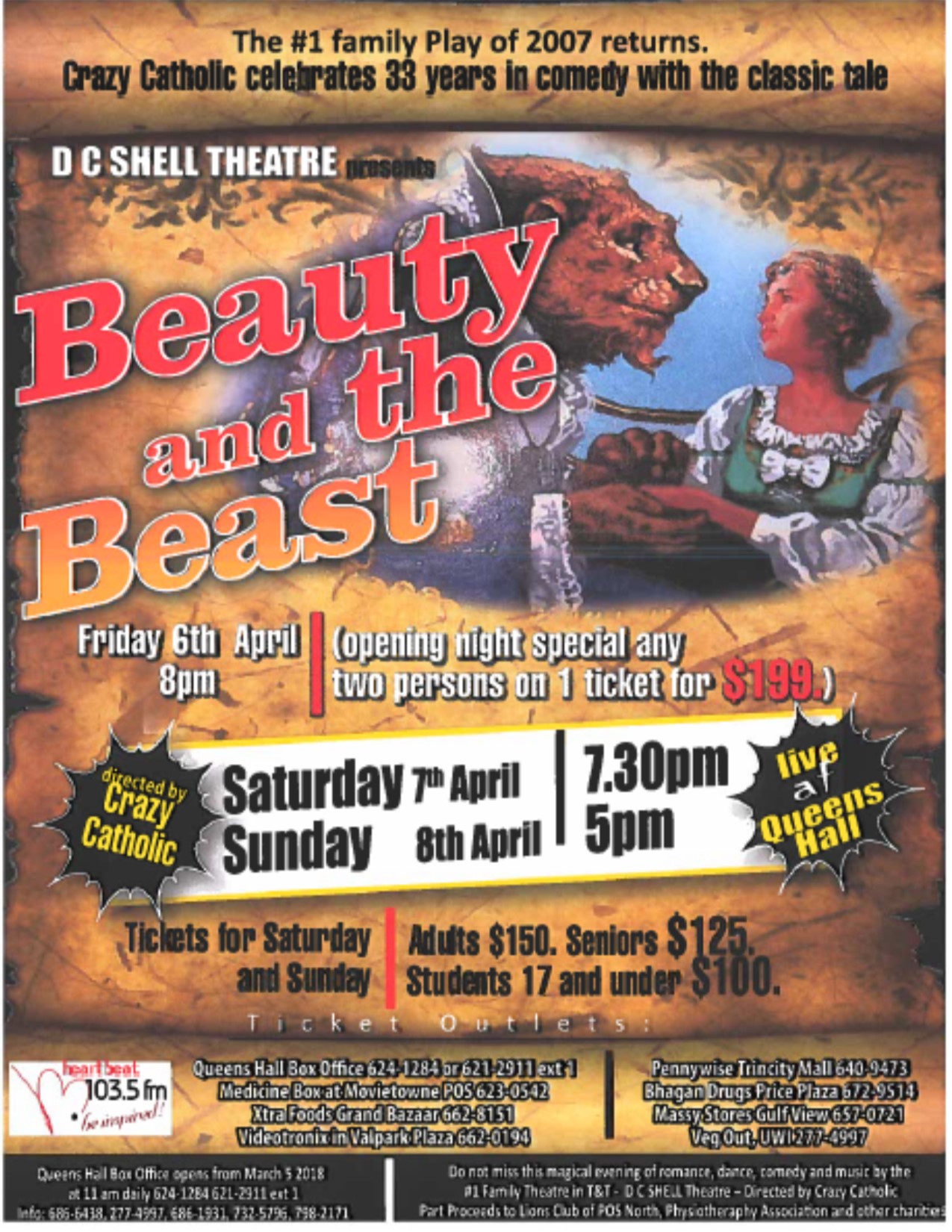 Coming to Queen’s Hall this weekend is DC Shell Theatre’s performance of “Beauty and the Beast” which has been described as one of the most popular and beloved tales of all time. The story was adapted by the Crazy Catholic in 2006 and first performed at Queens Hall in 2006 and 2007 to rave reviews.  In 2018, the Crazy Catholic has written a brand new version of Beauty and the Beast based on the original source material. It opened at SAPA in March 2018 to critical acclaim and glowing reviews. Written and directed by the Crazy Catholic with Lighting Design by Celia Wells, Set and Costume by Cindy Rodriguez and Sound by Jabari Bowman, Beauty and the Beast will feature an 18 member cast over three nights.  Showtime on Friday 6th April is 8pm and any two persons can enter on one ticket for $199.  On Saturday 7th, the show begins at 7.30 pm and at 5 pm on Sunday 8th April. Tickets for the weekend show are $100 for 17 yrs and under, $125 for Seniors and $150 for adults.

Come see a story of true love, sacrifice and adventure with non- stop comedy and interesting characters which will include:

DC Shell’s first play at Queens Hall was Comedians Can Cook in 2003.  Since then they have staged family plays every year at Queen’s Hall.  “The theatre is state of the art and coming to Queen’s Hall feels like coming home.  We have built a great relationship with the technical team and enjoy working with everyone associated with the establishment. Normally I work behind the scenes as the stage manager.  However, I had the pleasure of acting in Mama Mia in 2011 and two Bollywood plays (2004 and 2005) at Queens Hall.  What a thrill that was! Each play is like a baby created and given life on the Queens Hall Stage to audience acclaim.  Such joy! (Producer Cindy Narine)