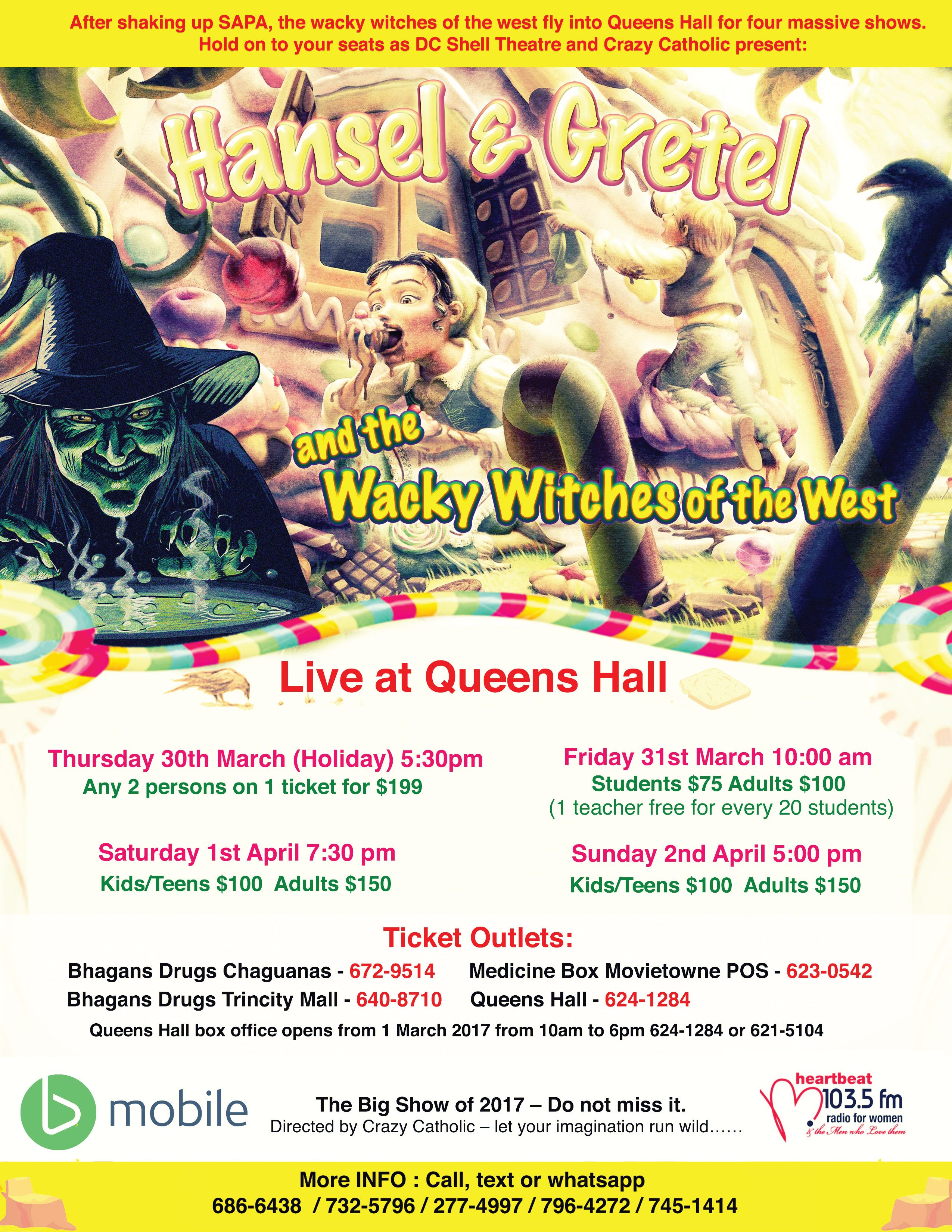 DC Shell’s first play at Queens Hall was Comedians Can Cook in 2003.  Since then they have staged family plays every year at Queen’s Hall.  “The theatre is state of the art and coming to Queen’s Hall feels like coming home.  We have built a great relationship with the technical team and enjoy working with everyone associated with the establishment. Normally I work behind the scenes as the stage manager.  However, I had the pleasure of acting in Mama Mia in 2011 and two Bollywood plays (2004 and 2005) at Queens Hall.  What a thrill that was! Each play is like a baby created and given life on the Queens Hall Stage to audience acclaim.  Such joy!

Hansel and Gretel and the Wacky Witches of the West is a brand new play written by Shel Marie, directed by Crazy Catholic and produced by D C Shell Theatre.  Costuming and Set Design are by Cindy Rodriguez with lighting by Celia Wells and sound by Jabari Bowman.  The play is 2 hours long and tells the story of what happens after Hansel and Gretel pushes the witch into the oven.  The story features Greek mythology, live singing, dancing, magic, comedy, adventure and a tale with unexpected twists and turns.  The play features a 20 member cast including:

Prince of Theatre as Prometheus

This is the 28th new play for families staged by D C Shell Theatre since 2004.