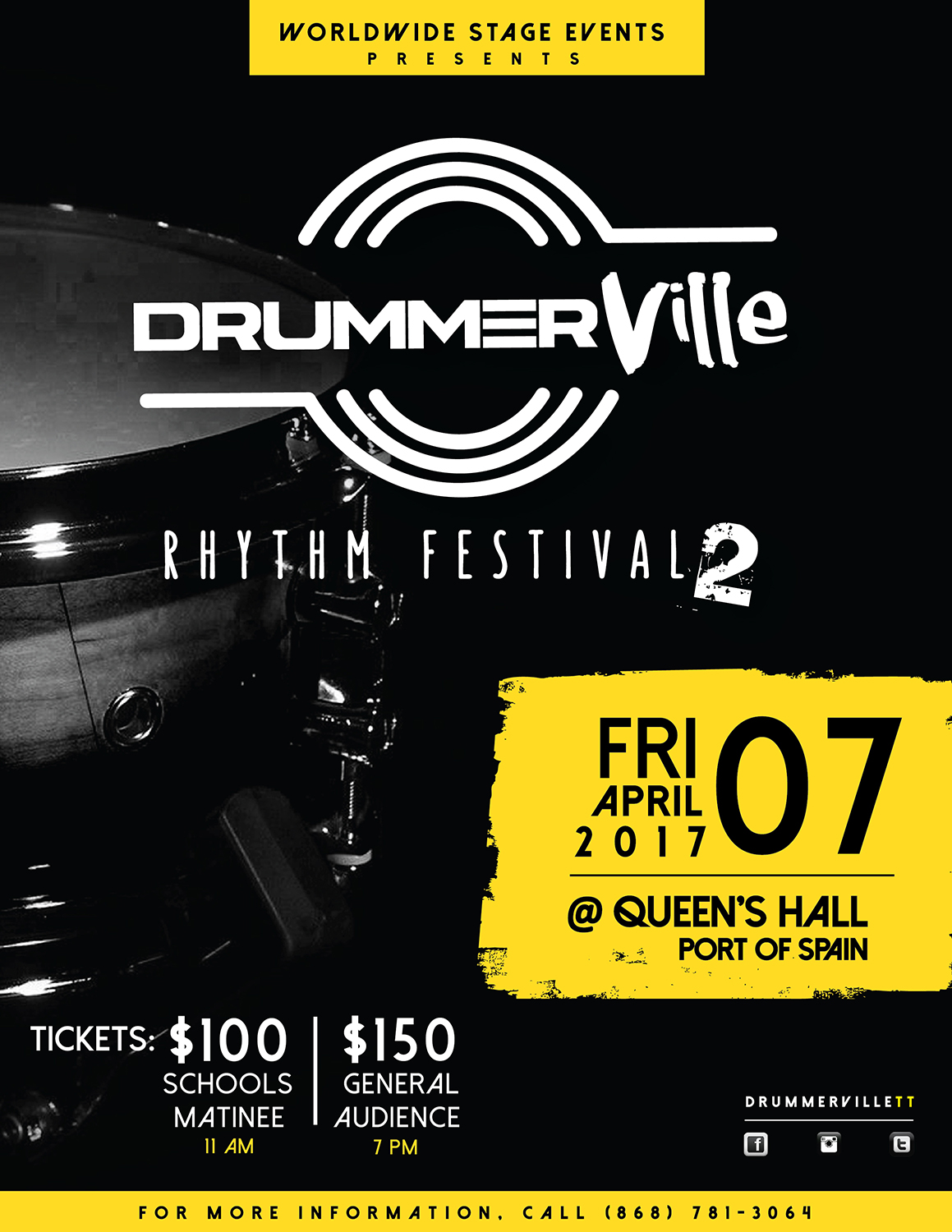 Drummerville is a concept created by Gerion Williams (currently the drummer for Bunji Garlin and the Asylum Vikings) who previously performed with Shurwayne Winchester, Maxi Priest, Alternative Quartet and Caribbean Airlines Invaders.The target market for the Festival consists of drummers, percussionists, music students, steeldrum players, musicians and music aficionados. Linkages have been made with the music teachers of various schools to have their students attend the festival.

This year the lineup of performers include:

The 1st edition of DRUMMERVILLE RHYTHM FESTIVAL was held on Saturday, 19th March 2016 at the Big Black Box, in Woodbrook and was a successful production bringing together performers and service providers who have worked together for many years.  Drummerville Rhythm Festival 2 consists of two parts – a morning show for students and an evening show for general audiences. The cost of admission for the schools segment is TTD$100.00 for students and TTD$150.00 for general audiences.

Elliot Francois is the Festival Director/Executive Producer of the Drummerville Rhythm Festival.  Elliott has over 30 years of experience in the music and performing arts industry. He holds a Master’s degree in Small and Medium Enterprise Management from the Arthur Lok Jack Graduate School of Business and a Bachelor of Arts degree in Theatre Arts from the University of the West Indies, Trinidad. He has been playing drums and percussion for over three decades performing across Europe, Japan, U.S.A. and the Caribbean, and has been a member of the band (Cut + Clear crew) for local rapso group – 3Canal – for the past 12 years.

His varying roles in different genres of the Performing Arts include: