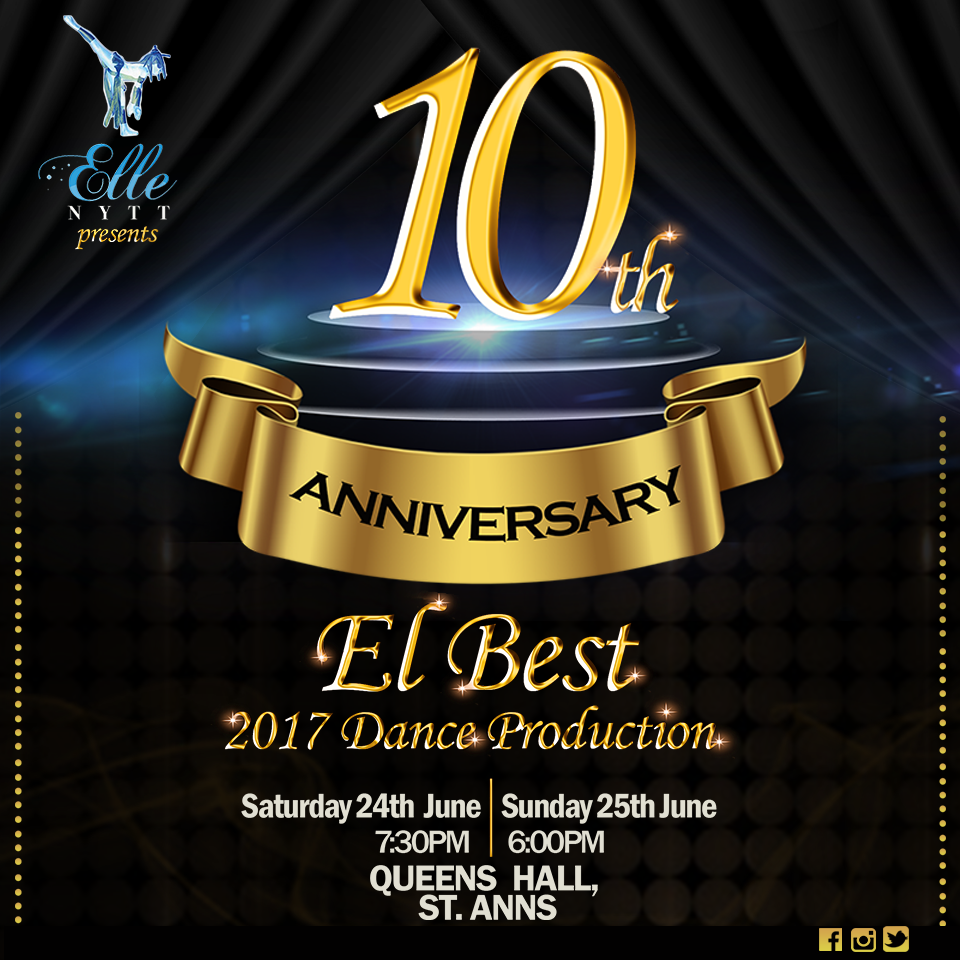 “For a small business in today’s economy, we perceive this as a great accomplishment to have sustained the provision of our services over the last ten years.  The services we offer at Elle NYTT go beyond just dance classes and performances.  Through dancing, we have been able to increase the confidence and social skills of that 7 year old in class who was too shy to make friends.  We have been able to teach discipline and provide an exciting activity to look forward to for that teenage boy who could have otherwise been smoking on the block on an evening.  We have been able to foster relationships and bridge social gaps between the bright aspiring girl from Laventille and the witty young lad from Glencoe.  We have been able to put a smile on the face of the parent watching on as his 5 year old daughter fulfills her dream of twirling on stage like Angelina Ballerina. We have provided a fun workout for that 30 year old woman who wanted an alternative way to exercise and combat the non-communicable diseases running in her family, rather than going to the gym. We feel that we have the skills necessary to continue to enrich people’s lives through dance, to inspire and motivate.  We take this opportunity to say thank you to each member of our cast, teachers, choreographers, and most importantly to you our patrons, without whose support, this would not have been possible.”

La Shaun Prescott is the Creative Director at Elle NYTT!  La Shaun is the Founder and Artistic Director of the dance company Elle NYTT, established in 2007, which now has branches in New York and Trinidad and Tobago. Subsequent to lecturing at the University of the West Indies in the Faculty of Social Sciences, she is now an Assistant Professor at the University of Trinidad and Tobago (UTT) teaching Modern and Contemporary Dance, as well as Entertainment Industry Business Seminar.  La Shaun holds an M.Sc. in Economics from the University of the West Indies (UWI) as well as an MFA in Dance from Tisch School of the Arts, New York University.