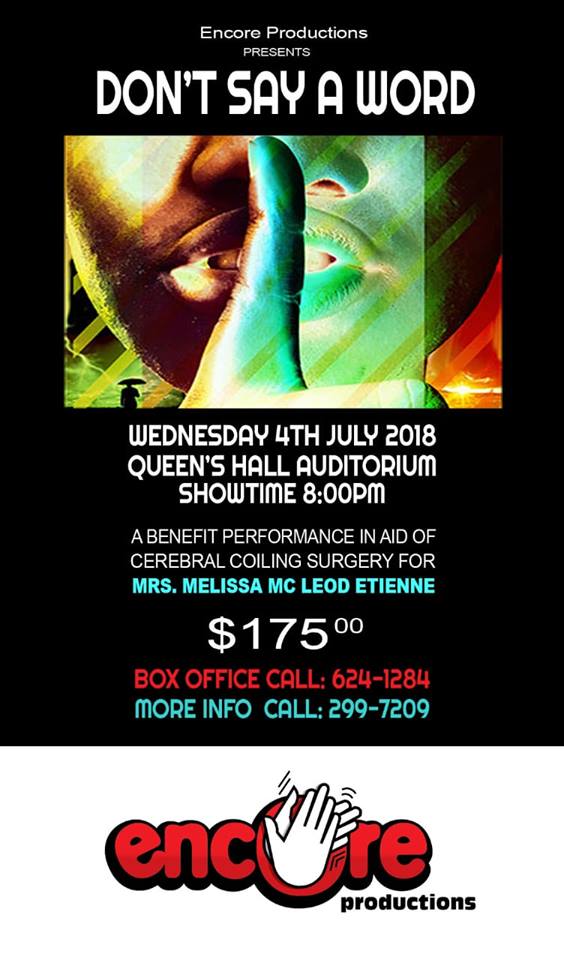 The play revolves around the relationship between Man and Woman who have been married for 10 years.  They share their life’s experiences with who appear to be their only two friends, Andy and Rochelle.  However, there is a very dark secret in the home.  The relationship is a very abusive one. Man has inherited the services of Edna the maid who has been with the family since Man was a young boy.  Upon the death of Man’s parents, she remained in the employ of the house because of a very unusual clause in the parents’ will. The dark secret of the abuse cannot last forever and soon we see the effect the truth has on the various relationships. This dramatic performance takes a look at what can be done in support of all the “Jane Doe”s in our world who cannot find the strength to fight back on their own. Without a system of encouragement, moral support and friendship, there is so much to lose.

ABOUT THE PRODUCER – WENDELL ETIENNE

Wendell Etienne is a former banker turned Actor, Writer, Director, Producer, Comedian, Calypsonian, Voice Over Artiste, Lecturer, Motivational Speaker, and Communications Specialist. After six successful years in banking, Wendell started in the field of entertainment in 1998 and found immediate success by winning a Cacique Award as the Best Actor in a supporting role for his first full-length play.

In 2003, Wendell launched his own production company, Encore Productions with his first play, “A Man in the Bedroom,” being staged successfully at the Billy Holiday Theatre in Brooklyn, New York. Encore has also produced over 100 radio advertisements, documentaries, the DVD product “Let’s Laugh Vol1, the Christmas sitcom, “Morgan’s House” and has the distinction of co-producing over 500 episodes of the television series called, “Snacks,” which features the lead character, “Mr. Roscoe,” played by Wendell Etienne. His writing credits include over 100 performance pieces over the last 20 years.

As a stand-up comic, he has toured the Caribbean, USA, Canada and the UK. As a Writer & Director, Wendell has won the award of Best Director on two occasions and the award for Best Script on three occasions for the Prime Minister’s Best Village Trophy Competition.  He has also received the prestigious “Grantoc Award” from the community of Sangre Grande for his contribution to Journalism and Culture.

As a Calypsonian/composer, he has penned a couple of songs for Eric “Pink Panther” Taylor, the late Stephen “Super Lou” Lewis and Cyclops.  His own compositions have landed him two selections at Calypso Fiesta, the semi final of the National Calypso Monarch Competition and the largest calypso show in the cultural calendar and in 2007; he placed second to the Mighty Shadow in the Humorous Calypso category.  He is also a former finalist in the extempore category.

Wendell also sat in the producer’s chair for the Prime Minister’s Exporter of The Year Awards, 2000;  Master of Ceremonies at Dimanche Gras 2011, 2012; Producer of the Trinidad and Tobago Police Service’s Annual Variety Concert 2014 – 2017 and is the President of the National Drama Association of Trinidad and Tobago.

He is also a former radio and television host as well as a former Life Skills facilitator with the Government’s M.U.S.T. programme.  He is the holder of a Bachelor of Arts Degree in Media and Communications and an MBA with a concentration in Leadership & Innovation. Wendell is also the Communications Officer attached to the Adopt A River Programme of the Water Resources Agency/WASA.