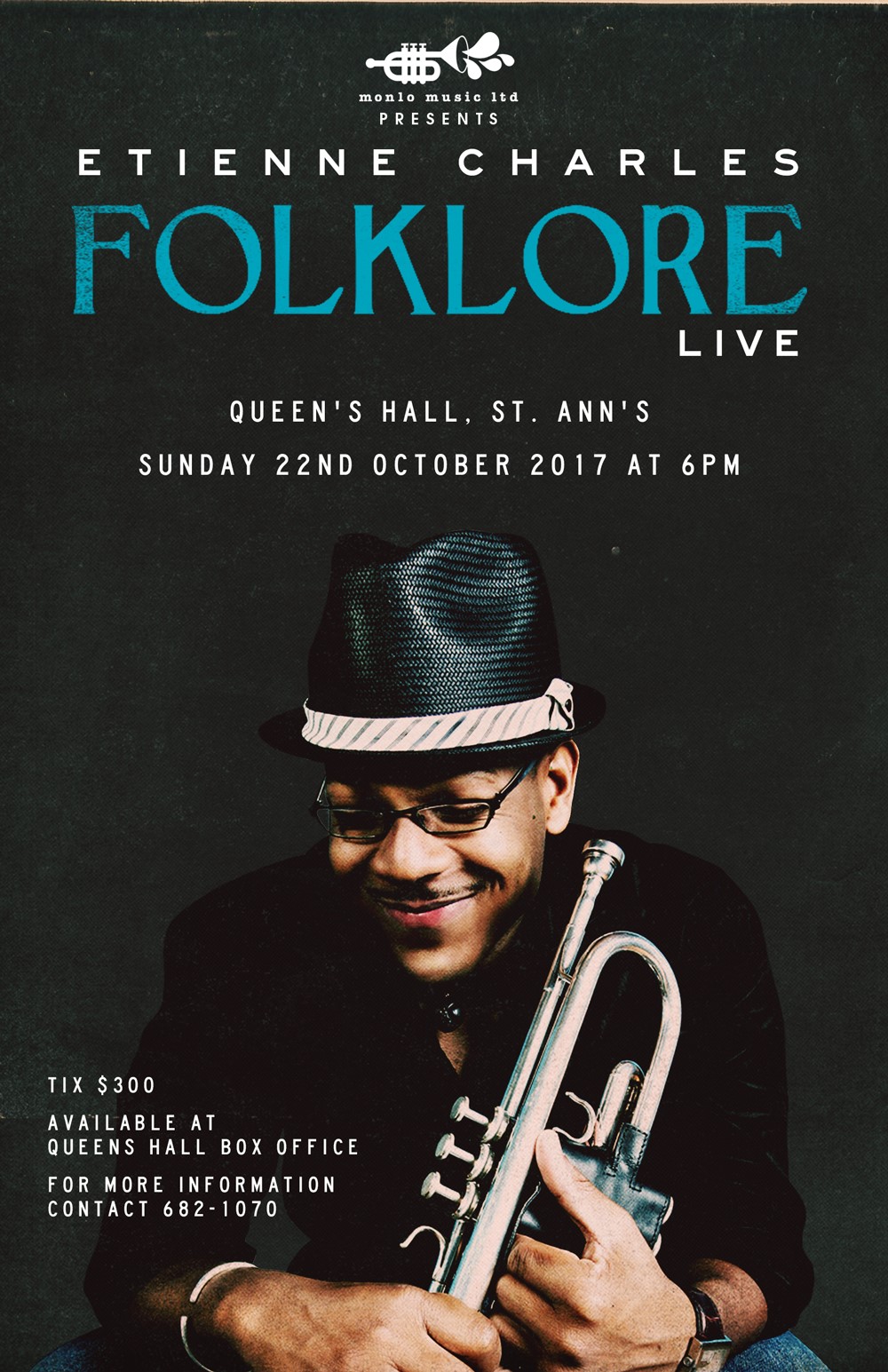 FOLKLORE-LIVE
>
> Etienne Charles was commissioned by the Museum of Modern Art (MoMA), New York City, to create a new compositional work to be premiered at the MoMA Summergarten Series in 2007. He was inspired by the magical folklore characters of Trinidad and Tobago to focus this body of original compositions-characters including Papa Bois, Mama D’Lo, Soucouyant, La Diablesse, Douens.
> FOLKLORE, Etienne’s second Album, was released in 2009 to critical acclaim world wide. It was hailed as a “…fascinating fully realized hybrid…” by Jazz Times. In 2010, it was performed live with costumed characters at Jazz at the Lincoln Centre in New York City, and at the Troxy in London. In Trinidad and Tobago, FOLKLORE has been choreographed and presented in dance concerts by Noble Douglas of the Lilliput Dance Theatre Company and the Metamorphosis Dance Company.
> Etienne will bring the exciting musical production of FOLKLORE-LIVE to Queen’s Hall on Sunday 22nd October, 2017 at 6.00p.m. with his Creole Soul Band and special guests portraying some of our country’s most loved and feared folklore characters.