Etienne Charles – Carnival The Sound of A People 2.0 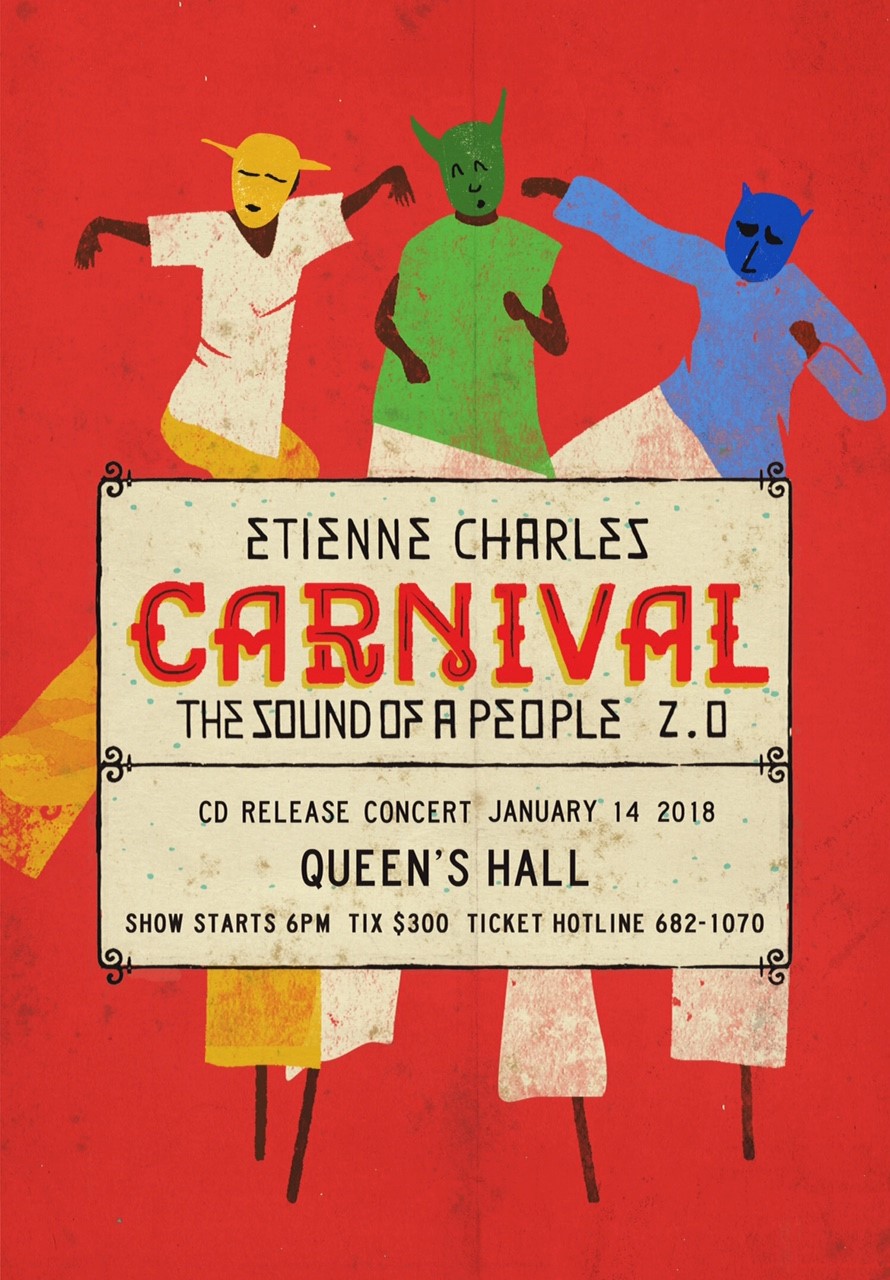 Etienne Charles will perform the World Premiere of “CARNIVAL: The Sound Of A People 2.0”  at Queen’s Hall, on Sunday January 14, 2018 at 6.00 p.m.  presented by Monlo Music Ltd. For his Guggenheim Fellowship in the Creative Arts, Etienne composed “CARNIVAL: The Sound Of A People,” a riveting Suite of music inspired by years of research into the rituals and traditions of Carnival in Trinidad and Tobago. His research  on the ground included travel across the length and breadth of Trinidad and Tobago recording audio and video as well as interviewing numerous performers in the traditional Carnival idiom.  The first part of the Suite was premiered at Queen’s Hall in January 2017.   The first Album resulting from this compositional work will be released in 2018 and celebrated in concert at Queen’s Hall on Sunday January 14, 2018. This concert will also be the World Premiere of the second part of the Suite: “CARNIVAL: The Sound Of A People 2.0.”

A Citizen of Trinidad and Tobago, Etienne considers it crucial to present this body of new Music to our local audience. For this reason, he will present the World Premiere of “ CARNIVAL: The Sound Of A People 2.0”  in Trinidad and Tobago.  Immediately following the performance there will a Wine Tasting Event to celebrate the launch of the Album and the World Premiere of CARNIVAL: 2.0  in the lobby of Queen’s Hall, to which all attendees are invited