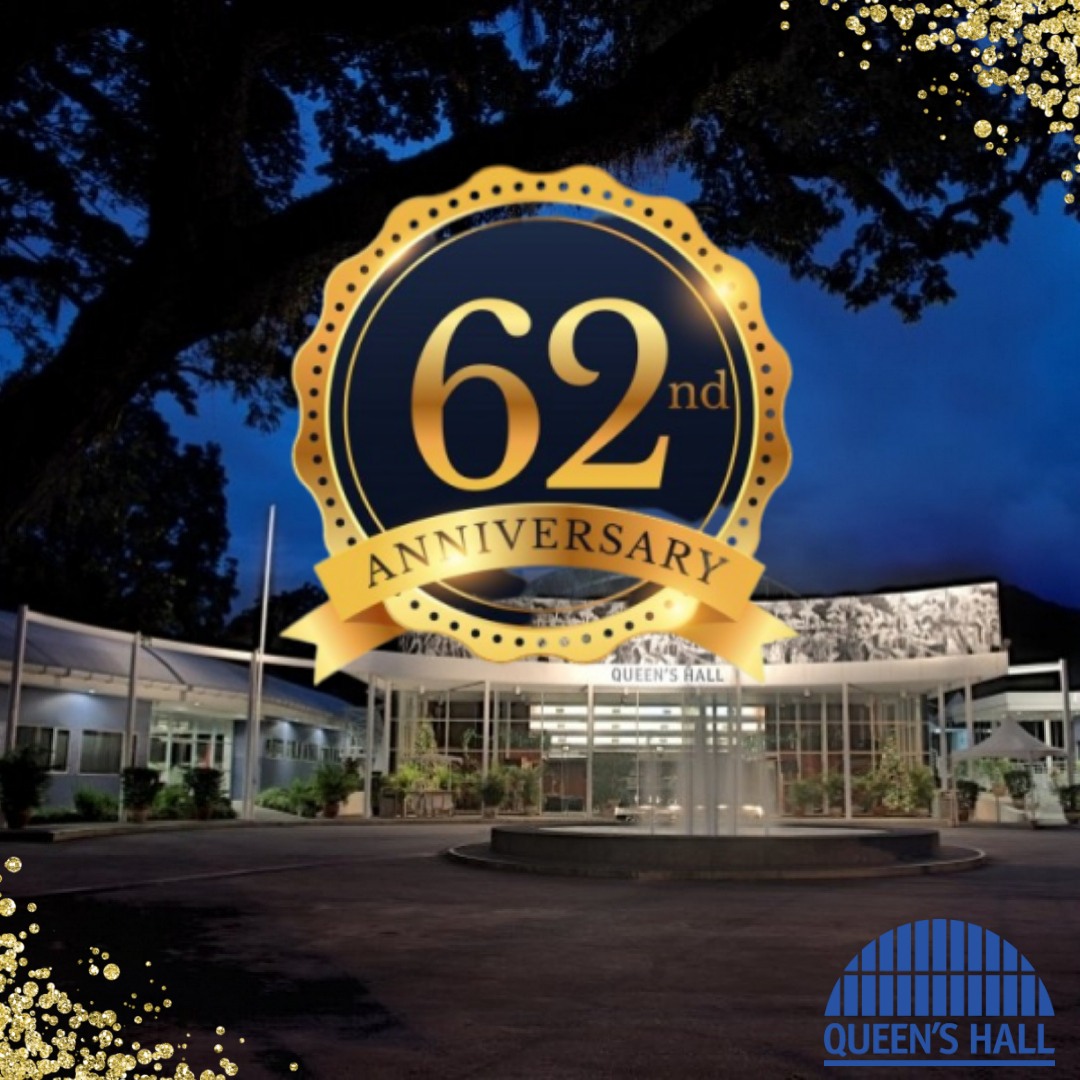 HAPPY 62ND ANNIVERSARY TO THE GRANDE DAME OF THE PERFORMING ARTS!

This month we commemorate the 62nd Anniversary of the opening of Queen’s Hall on June 4th 1959 which was “one of the most highly anticipated events of the year.” For Helen May-Johnstone and her then members of the Queen’s Hall Board, it was “the culmination of years of dedication to a goal, which at times seemed unreachable”. Sir Edward Beetham, the then Governor-General, aptly envisaged: “I am confident that in the years that lie ahead, Queen’s Hall will become the centre of our country’s artistic and cultural life…”

As we celebrate the Grande Dame’s 62nd Anniversary, we congratulate her on the many contributions she has made as a home for the performing arts in Trinidad and Tobago. This would not have been possible without the loyal support of our loyal clients, patrons and staff during the past six decades.

Join us in wishing the Grande Dame Happy 62nd Anniversary!