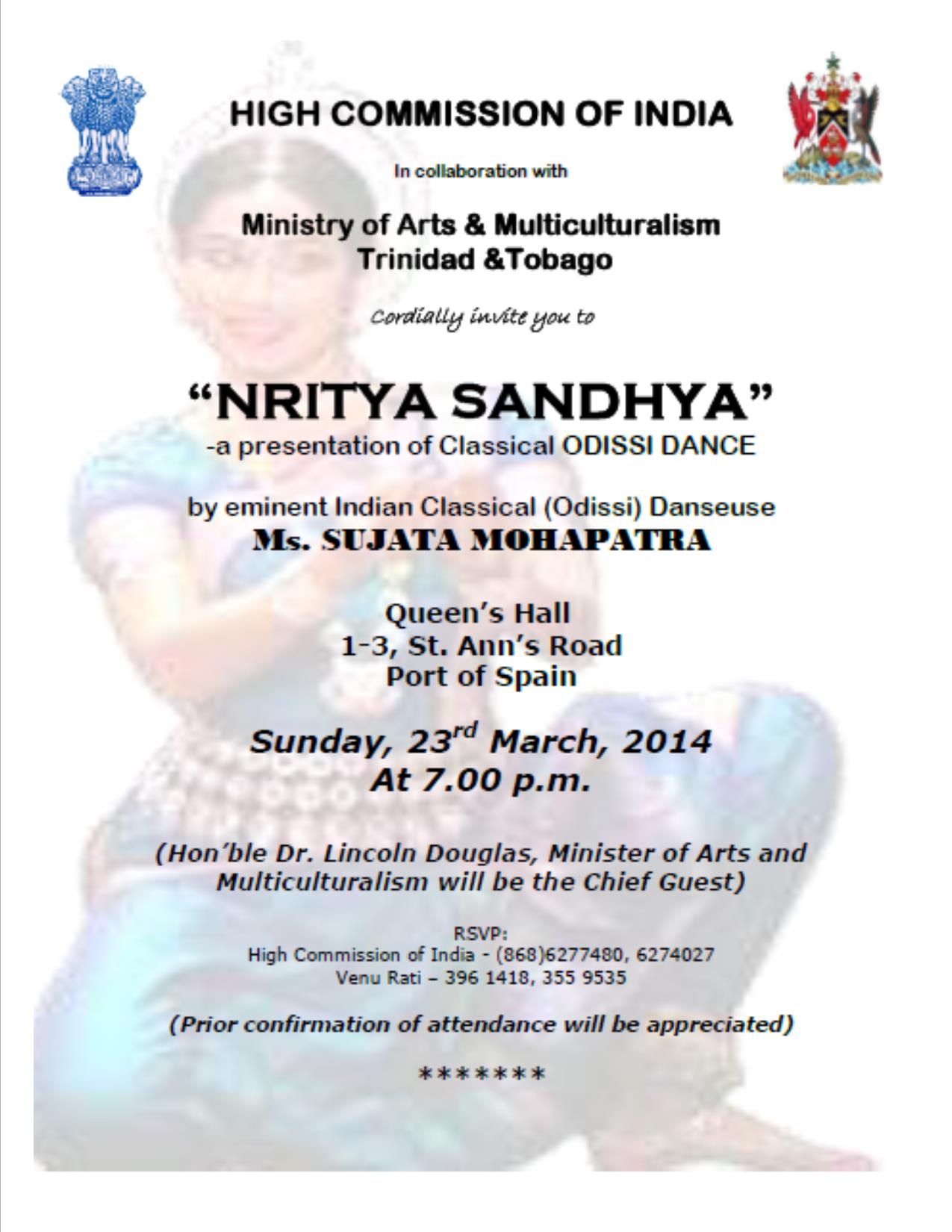 A distinguished danseuse of Odissi, Ms. Sujata Mohapatra has made a mark for herself among the present generation of dancers and has won whole-hearted applause from audiences and critics alike.

She made her foray into the dancing arena in her early childhood when her interest in dance was nurtured from an early age by her parents. As the disciple and daughter-in-law of the late guru Padmavibhushan Kelucharan Mohapatra, the legendary exponent of Odissi, she inherited his devotion and passion for the classical dance form. Eighteen years of rigorous training under the guidance of her guru eventually molded her from a devoted and diligent disciple into a graceful performer. Her dance is particularly noteworthy for her strict adherence to her guru’s style
and vision and for her lyrical movements which perfectly epitomize the grace and technical perfection of the Kelucharan Mohapatra gharana. Widely traveled over the world as a soloist, she has also been a leading dancer in most of her guru’s great choreographies.

Apart from being an excellent performer, Ms. Sujata Mohapatra is also actively involved in teaching Odissi and she conducts workshops in various places throughout India and internationally. At Srjan, the institute founded by Guru Kelucharan Mohapatra for imparting training in Odissi, she works alongside her husband Ratikant Mohapatra to carry on their Guru’s legacy.

In recognition of her contribution to the field of Odissi, she has received the following awards:

Odissi, also known as Orissi is one of the eight classical dance forms of India. It originates from the state of Odisha, in eastern India. It is the oldest surviving dance form of India on the basis of archaeological evidences. The classic treatise of Indian dance, Natya Shastra, refers to it as Odra-Magadhi. 1st century BCE bas-reliefs in the hills of Udaygiri (near Bhubaneswar) testify to its antiquity. It was suppressed under the British Raj, but has been reconstructed since India gained independence. It is particularly distinguished from other classical Indian dance forms by the importance it places upon the Tribhangi (literally: three parts break), the independent movement of head, chest and pelvis and upon the basic square stance known as Chauka or Chouka that symbolises Lord Jagannath. This dance is characterised by various Bhangas (Stance), which involves stamping of the foot and striking various postures as seen in Indian sculptures. The common Bhangas are Bhanga, Abanga, Atibhanga and Tribhanga.

The first clear picture of Odissi dance is found in the Manchapuri cave in Udayagiri which was carved during the time of emperor Kharavela. Flanked by two queens, emperor Kharavela was watching a dance recital where a damsel was performing a dance in front of the court along with the company of female instrumentalists. Thus, Odissi can be traced back to its origin as secular dance. Later it got attached with the temple culture of Odisha. Starting with the rituals of Jagannath temple in Puri it was regularly performed in Shaivite, Vaishnavite and Sakta temples in Odisha. An inscription is found where it was engraved that a Devadasi Karpursri’s attachment to Buddhist monastery, where she was performing along with her mother and grandmother. It proves that Odissi first originated as a court dance. Later, it was performed in all religious places of Jainism as well as Buddhist monasteries. Odissi was initially performed in the temples as a religious offering by the Maharis who dedicated their lives in the services of God. It has the closest resemblance with sculptures of the Indian temples.