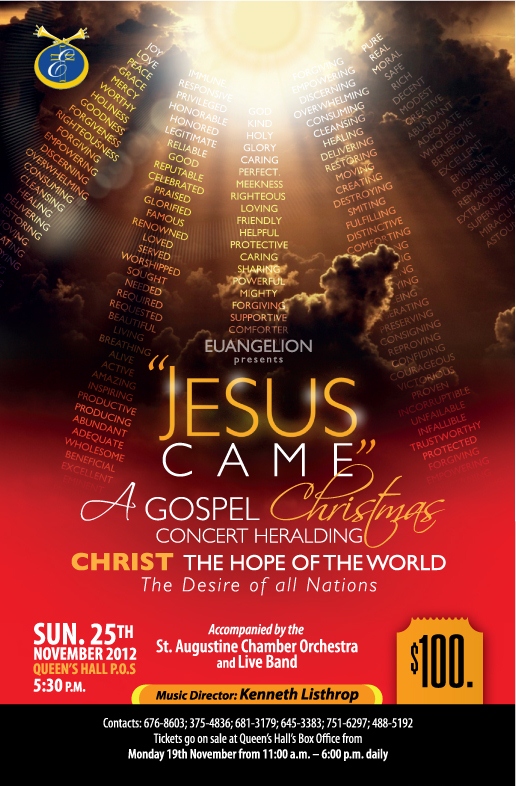 So wonderful was that unparalleled event of the Divine incarnation that the heavenly hosts descended to proclaim the Savior newly-born. So wonderful was it that the “glory of the Lord” the ineffable Shekinah, which once filled the temple, but had long since retired from the earth, appeared again, for “the glory of the Lord shone round about” the awe struck shepherds on Bethlehem’s plains. So wonderful was it that chronology was revolutionized, and anno mundi became anno domini: the calendar was changed, and instead of its dating from the beginning of the world, it was redated from the birth of Christ; thus the Lord of time has written His very signature across centuries.

“Jesus Came” celebrates through music, the impact of the Lord Jesus on the world’s civilization. “Long lay the world, in sin and error pining, till He appeared, and the soul felt its worth” from ‘O Holy Night’