Kingdom Arts and Performances: The Strange The Virtuous The Woman 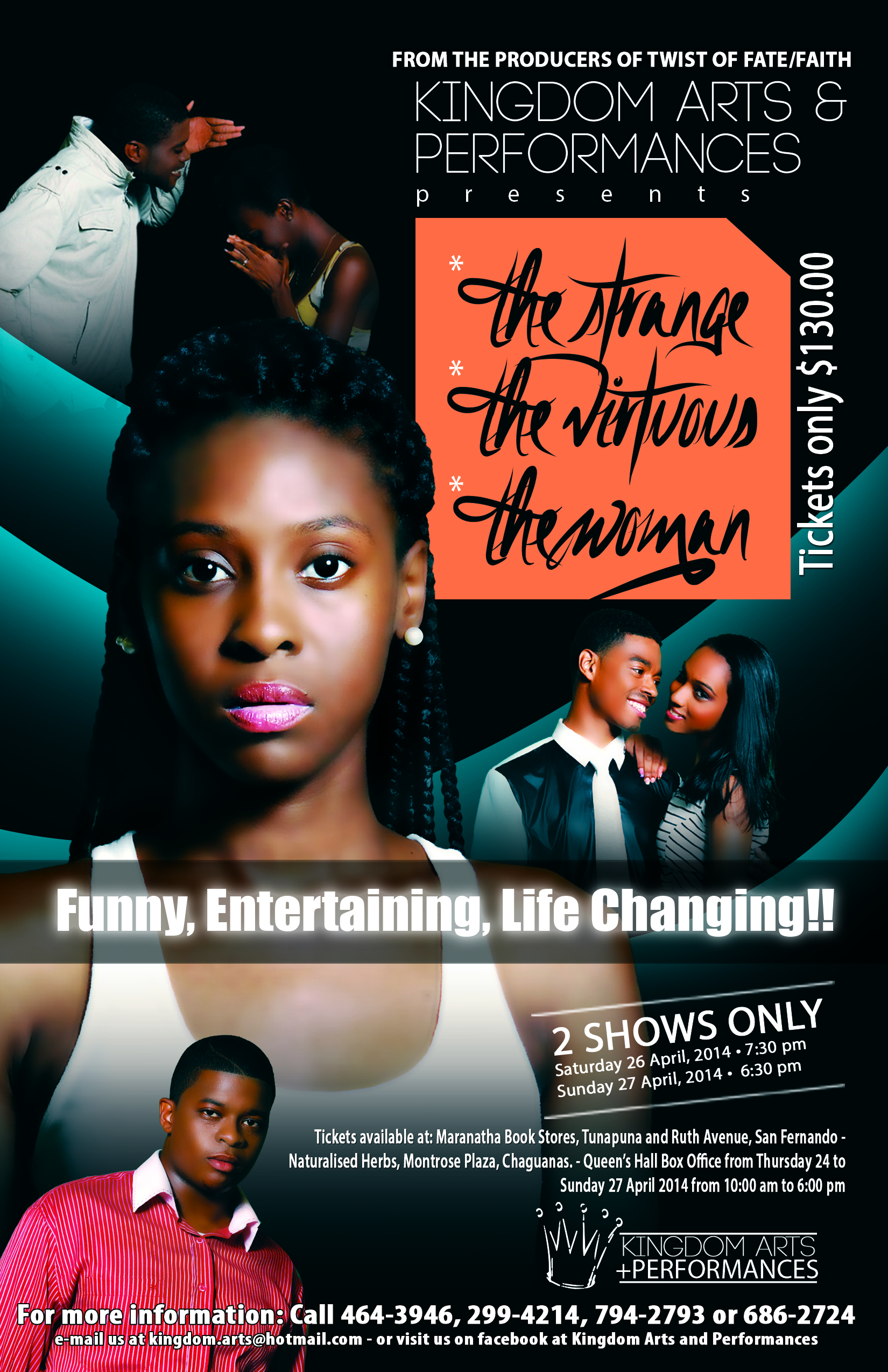 Kingdom Arts and Performances is a Drama Company established in 2011 with a focus on people development, creating a voice for the nation’s youth and exploring, with an aim of solving problems and issues that affect society. Our mission is to harness and channel God given talent and experience of individuals into a form of art and entertainment that can create positive solutions in life. This is evident in the organization’s slogan of “Changing Lives Through Art”.

Our projects included two drama productions entitled, “Twist of Faith/Fate” and “The Strange, The Virtuous, The Woman” which were held at various venues such as Queens Hall, the Creative Arts Centre and the Naparima Bowl, all to an overwhelming response.

The Strange The Virtuous The Woman Synopsis

“The Strange, The Virtuous, The Woman” is a play about showing love, forgiveness and healing in the midst of betrayal. It revolves around three young women; Reba, a prostitute seeking a change in her ways, her new found friend Ria who is engaged and gains Reba’s confidence and Rachel who is also engaged and has an unusual past that her fiancé is unaware of. As the play unfolds we see how pride and insecurity leads to betrayal as secrets are exposed and confidentiality is broken.

The Strange The virtuous The Woman is a play about showing God’s love, Forgiveness and healing in the midst of betrayal. It revolves around three young women; Reba a prostitute who gave her life to Christ and is sold out to him as her hand in marriage has been won by Wendell who unconditionally loves her and is not concerned about her past, Ria her new found friend who is engaged to a pastor’s son Michael and Rachel who left Trinidad to live in the US, got engaged and returns with her fiancé Robert to sort out her immigration documents and to meet her parents. As the play unfolds we see how pride and insecurity leads to betrayal as secrets are exposed and confidentiality is broken when Ria betrays Reba’s trust in her and Rachel’s real reason for fleeing to the US is exposed to Robert who finds it hard to move on with her but the greatest test is the pain Reba must face on the day every girl dreams about. Does she have the strength to continue serving God after what she faces or not? Whatever decision she makes, the salvation of the life of the most important person though minor is at stake……………..her cousin Nicole.