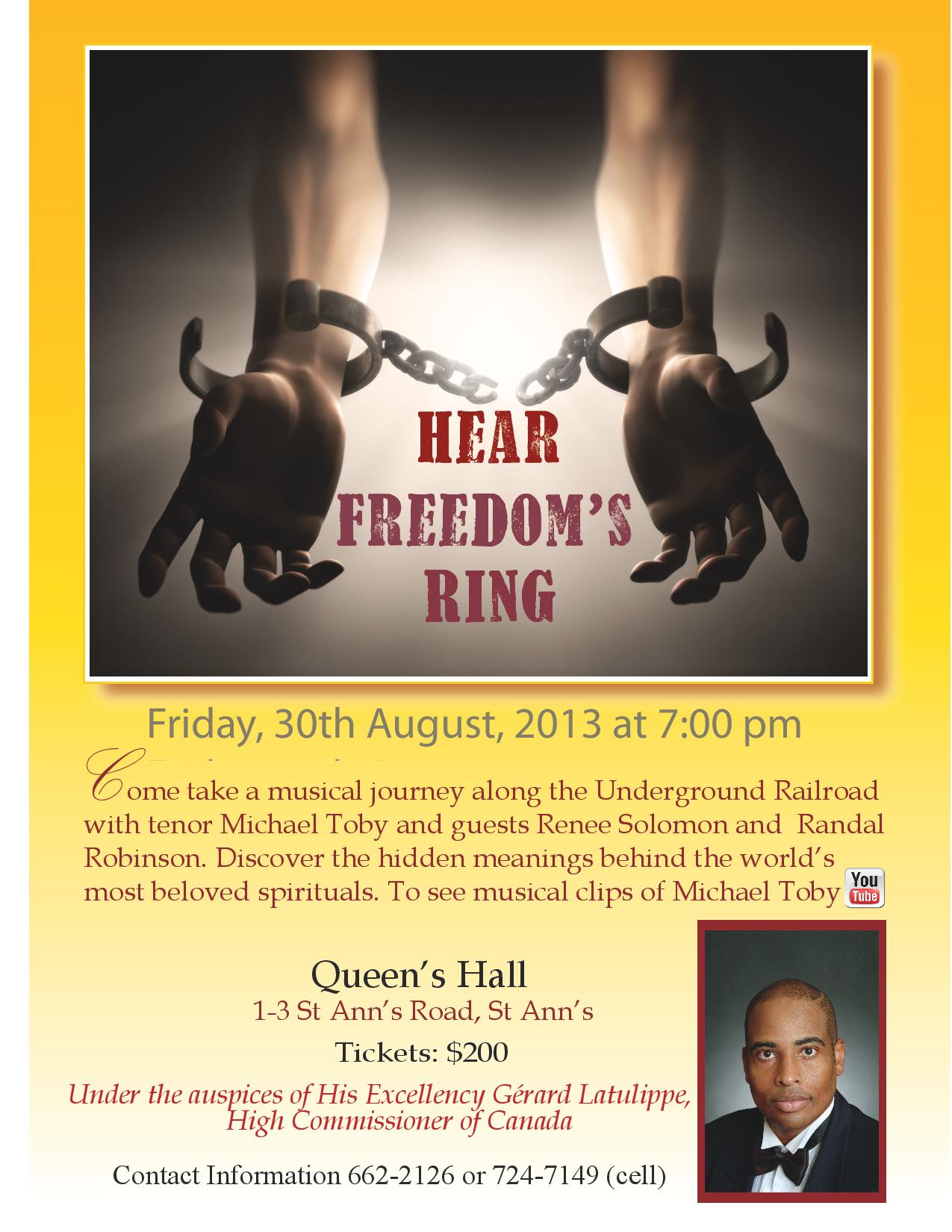 The Underground Railroad makes a stop at Queen’s Hall

Swing low sweet chariot, comin’ for to carry me home

Swing low sweet chariot, comin’ for to carry me home

Most of us have a favourite spiritual. It probably brings back memories of childhood or family. It takes us back to a time when we were young and life seemed safe; when we could sing and pass the time away. Yet there was a time when many who sang this spiritual and others like it were far from safe. These spirituals were more than songs that simply passed the time, they were songs that saved their lives.

Spirituals were the songs of the Underground Railroad. The Underground Railroad was neither underground nor a railroad. It was a secret network of collaborators — black, white, native, men and women — who worked together to help African Americans escape from a life of slavery in the South to one of freedom in the North.

Spirituals were used to communicate on the Railroad. There was a great need for subtlety when communicating. Writing was out of the question.  Most slaves could not read or write — it was illegal to teach a slave how to do so or even for a slave to learn how to do so. Those working to free slaves certainly did not want to leave evidence of what was being done because it could fall into the wrong hands. There were elaborate signals, for example, a tug on the ear; a secret handshake. In addition to the signals, there was an even more brazen way of communicating; right in plain view of the slave owners. This was through song.

The spirituals were full of these secret messages. They were filled with hidden meanings and spoke of much more than simply dying and going to Heaven. In “Swing low sweet chariot,” the slaves sang of being rescued by a conductor, a guide on the Railroad, and carried off to freedom in Canada.

Tenor Michael Toby will be decoding the secret messages contained in the spirituals in the concert, Hear Freedom’s Ring. The operatic tenor was born in Toronto but grew up in Trinidad, where he attended Trinity College. He returned to Canada to study at McGill University. Upon completing his music degree, he then entered the ministry. He now sings professionally, both in this show across Southern Ontario, as well as across the US with the trio The International Tenors. He also works as a minister with the Church of Christ in Selkirk, Ontario. The show will be presented at Queen’s Hall on Friday, August 30th, 2013 at 7:00 p.m. Tickets are available at the cost of $200 at the Queens Hall Box Office from Saturday 24th August from 12p.m. to 6 p.m.