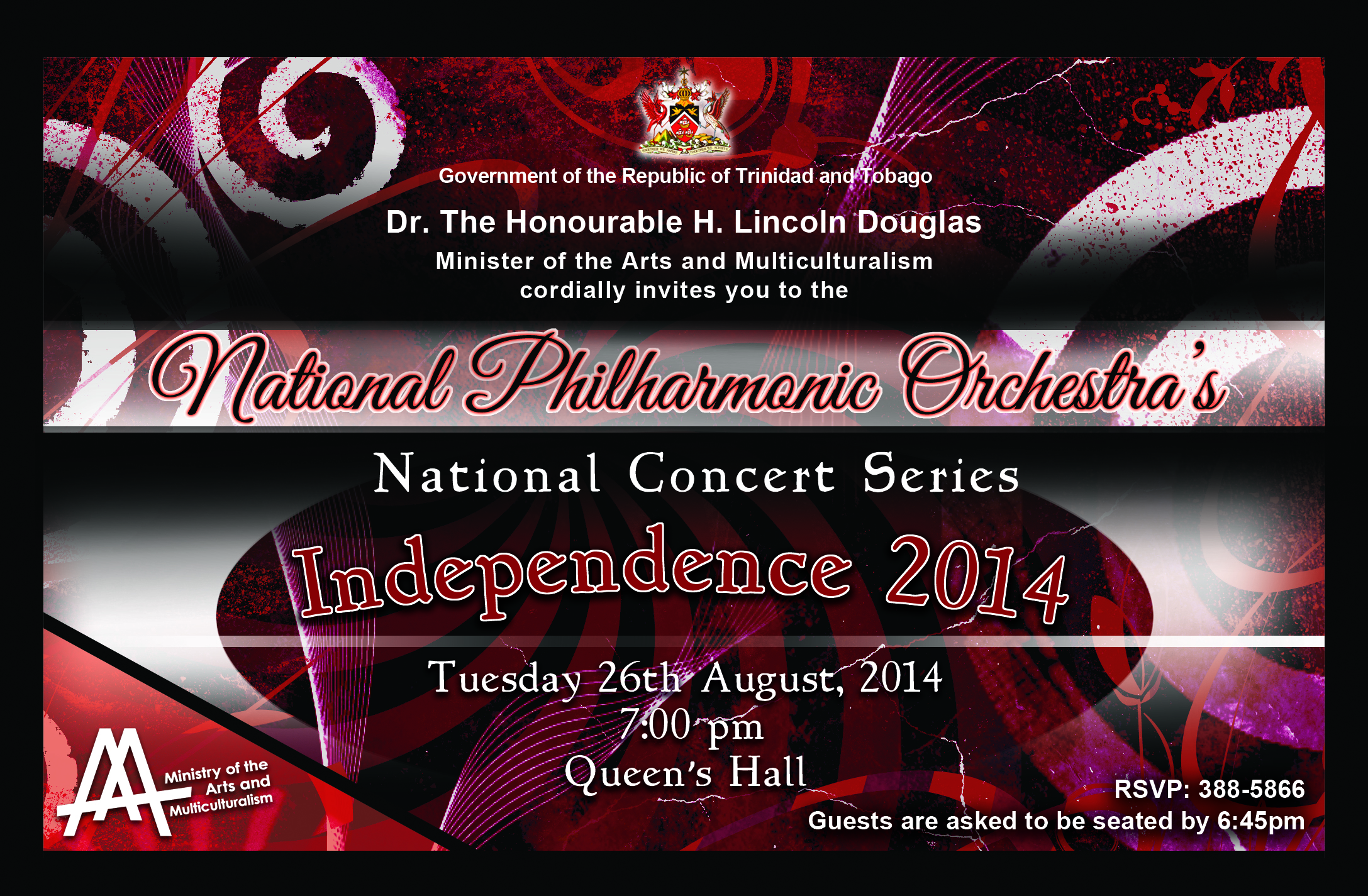 Under the baton of Dr. Roger Henry, the National Philharmonic Orchestra (NPO) will present works from Beethoven, Mozart, Haydn, David Rudder, & Lord Kitchener as part of its Season 2014 repertoire.

The 2014 Season promises performances filled with energy, passion and excitement, all geared toward delighting and mesmerizing our audiences. As no national holiday can ever be complete without a celebration of Trinidad & Tobago, the Independence 2014 Concert will feature a series of specially arranged music and standard favourites. It will also include exciting performances by invited guest artistes.

We invite members of the public to this, the first public staging of the Orchestra, which is part of a series of events that are geared toward stimulating awareness and interest in symphonic music, as well as unearthing parts of the existing cultural landscape of Trinidad & Tobago.

Tickets are free and are available to the public at the Queen’s Hall Box Office, Center for Creative and Festival Arts’ Office, UWI & Naparima Bowl’s Box Office on Thursday 21st & Friday 22nd August, from 10.00am on both days.

“This is going to hone the skills of our musicians and help us to produce better music that will last a longer time. When this becomes a part of the palette that is available, people have choices, and we want our young people who are musicians to have choices.” Mrs. Ingrid Ryan-Ruben, Director of Culture.