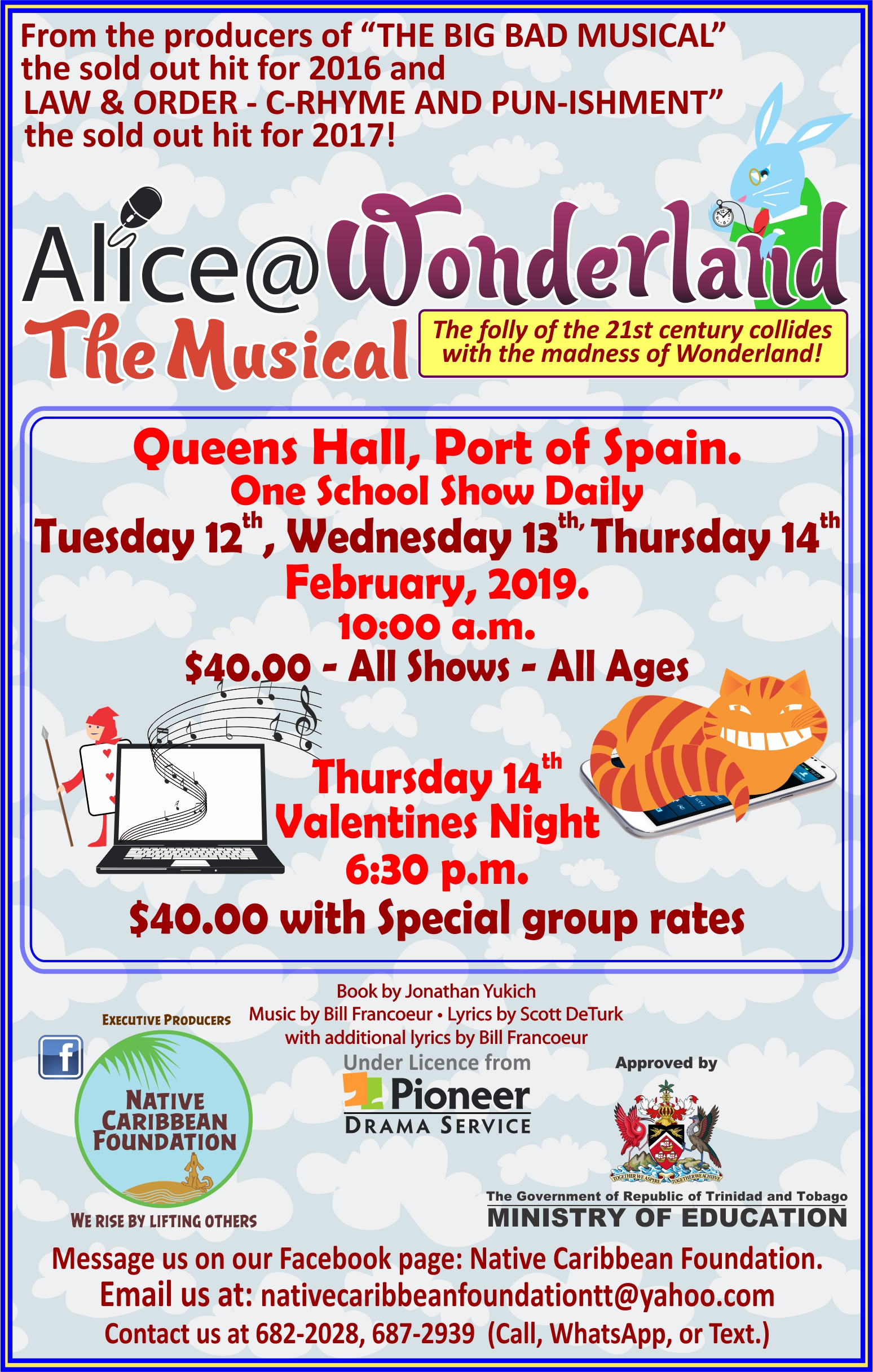 From Native Caribbean Foundation, the producers of “The Big Bad Musical” the sold out show for 2016 and the 2017 hit “Law & Order – C-Rhyme and Pun-ishment” comes “Alice @ Wonderland”.

In this musical, the folly of the 21st century collides with the madness of Wonderland!   A sharply told, crisply paced ride, this quality adaptation has been praised for its humour, artistic modern style and appeal to both children and adults.

School shows will be held daily from 10am to 12noon Tuesday 12th to Thursday 14th February with a late show at 6:30pm on the Thursday evening. Tickets for the late show priced at $40, are available at the Queens Hall Box Office.