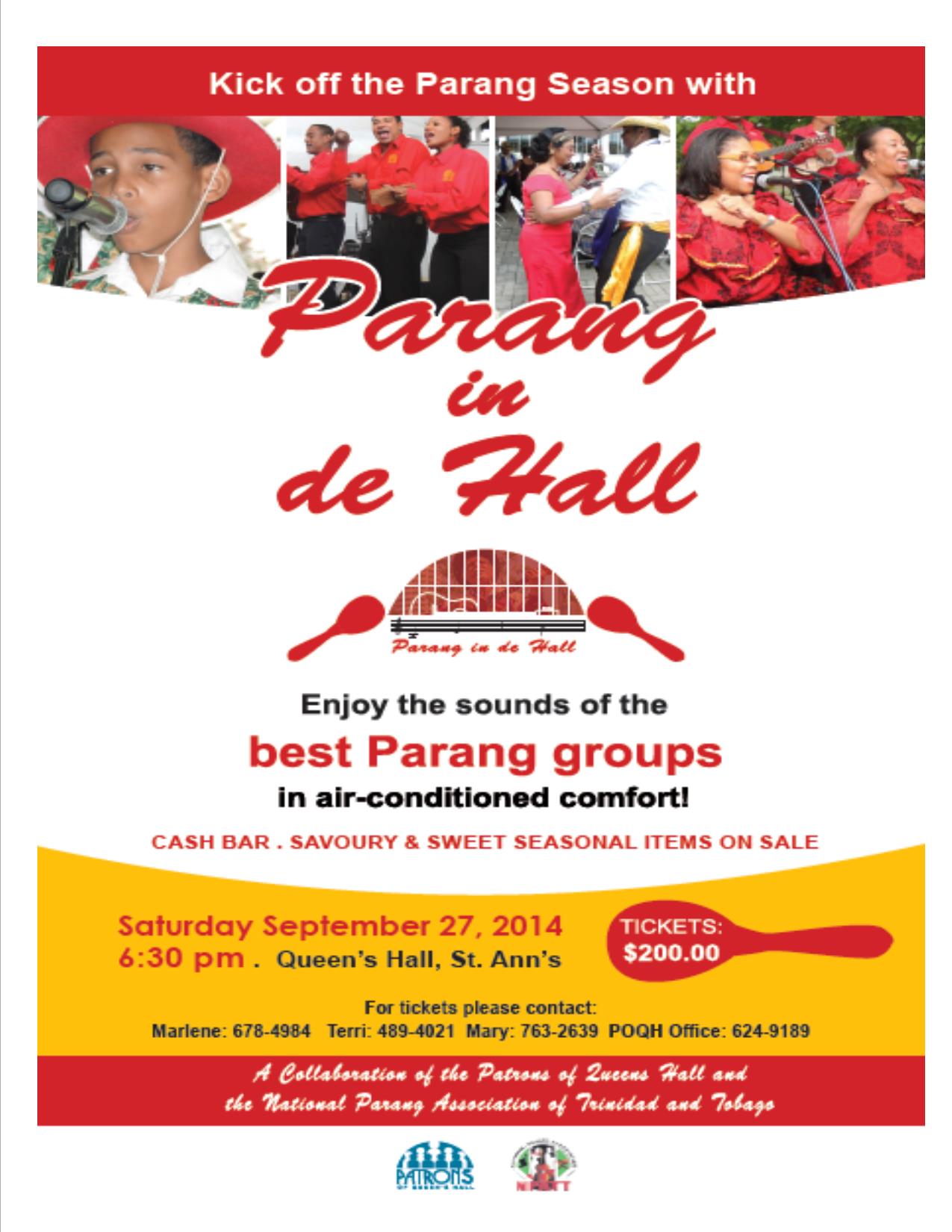 Patrons of Queen’s Hall in collaboration with the National Parang Association of T&T have created a new format for presenting Parang to T&T.

An indoor, airconditioned, comfortable seating Hall has been acquired, which carries total sense-around sound and easy parking is available.

Eight of the best Parang groups in Trinidad will perform on Queen’s Hall stage and a special Parang Icon will receive the’ Parang Icon of the Year Golden Cuatro Trophy’.  There will be an area assigned to those who wish to dance (orchestra pit area) and folks also can leave their seats to go out front to the foyer, where the Cash Bar is located as well as plasma screens which will be carrying the show live.  Seasonal snacks can be purchased at the May Johnstone Room which is located at the eastern side of the main hall.

This particular setting is a ‘first’ for Parang and the stage setting will tell its own tale of this culture.  Folks who have never gone to hear the sweet sounds of Parang because of the crowds or the open air problems, can now experience the joy of pure music of our spanish forefathers and revel in a production that was created to inject sheer entertainment to all guests.  So, let’s launch the Parang Season with ‘Parang in de Hall’!