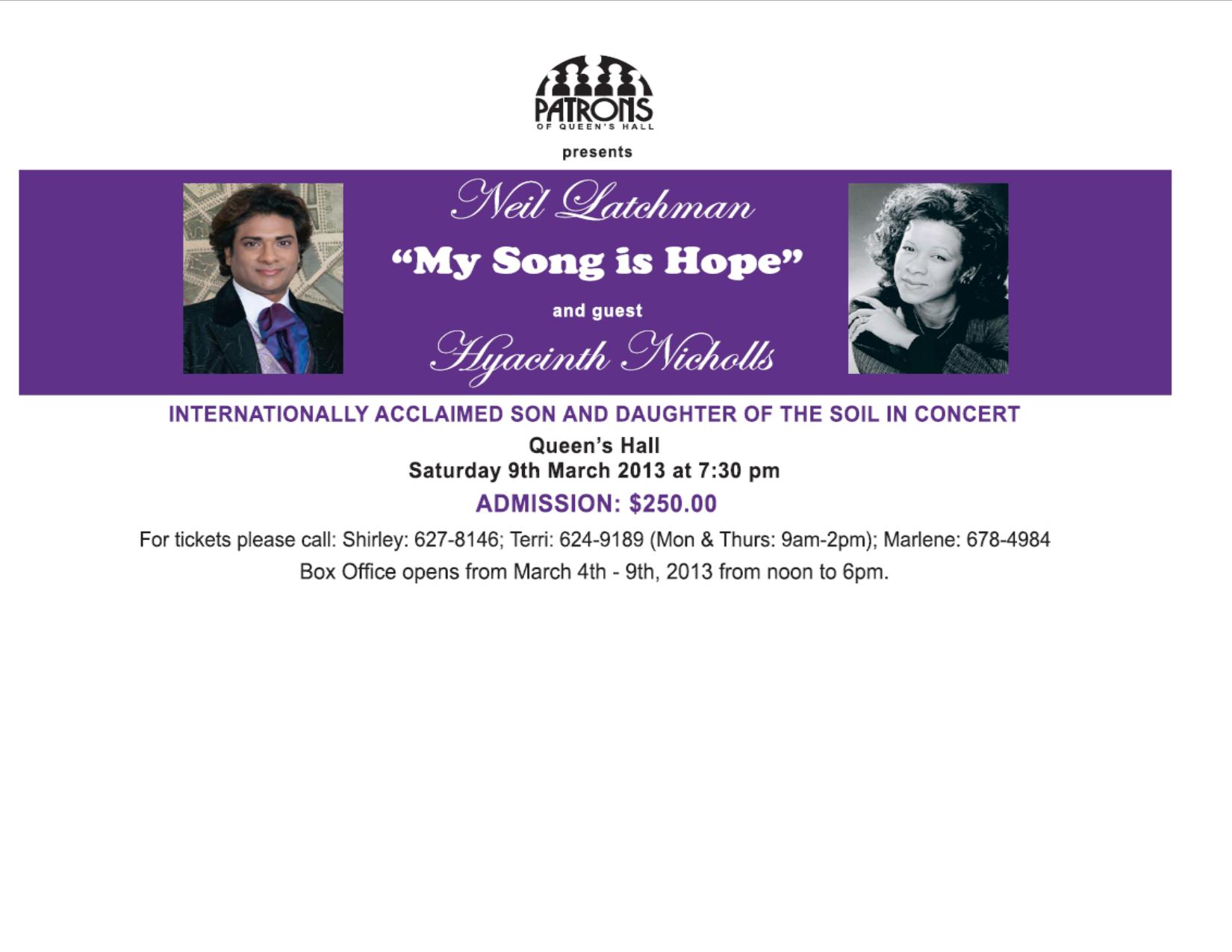 In continuing the celebrations of this country’s  50th Anniversary of Independence, The Patrons of Queen’s Hall will be producing its signature project for the year 2013 – a Concert titled  ‘My Song is Hope’, scheduled for March 9th 2013 at Queen’s Hall at 7.30 pm.  The Concert which promises to be a “one of its kind” experience, will feature Mr. Neil Latchman, an accomplished son of the soil and internationally renowned Tenor, together with Miss Hyacinth Nicholls, a Trinidadian Mezzo Soprano, also based in London.

Neil Latchman will also conduct a Master Class for Voice on Sunday 10th March, 2013 at Queen’s Hall for students who are studying Voice at an advanced level.  Invitations have been forwarded to various Institutes and Chorale groups. Deadline for registering for this Master Class is January 31st, 2013. Registration will take place at Patrons of Queen’s Hall’s office located at #10, Dennis Mahabir Street, Woodbrook on Mondays and Thursdays at 9am – 2pm.(624-9189). Participants must walk with their chosen music scores of Operatic Aria, Folk, Classcial or song repertoire.