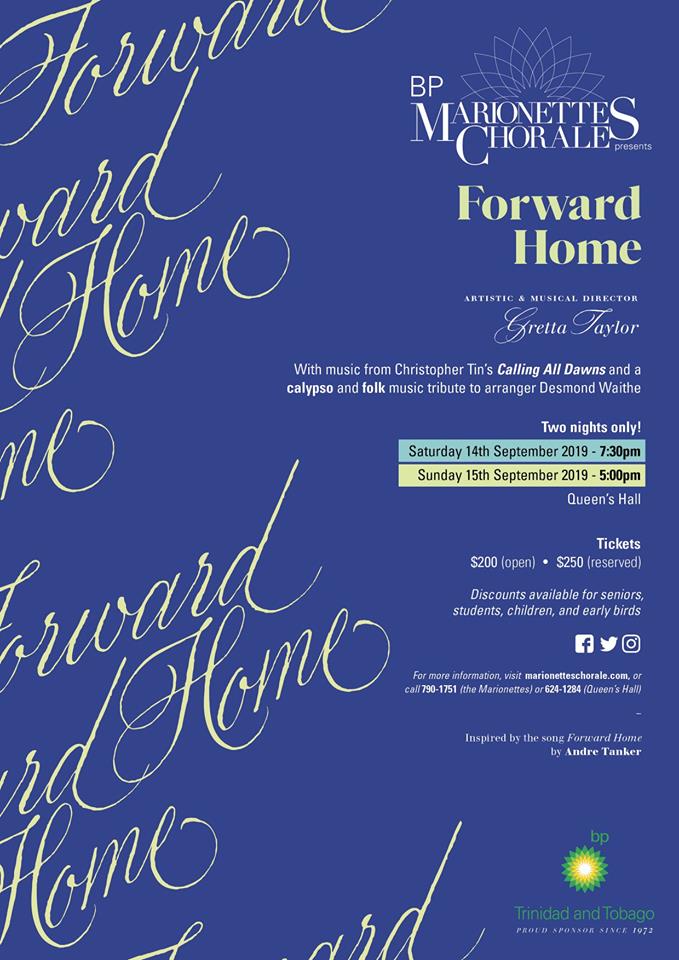 On Saturday September 14 and Sunday 15 the BP Marionettes will present the concert “Forward Home” at Queen’s Hall. Under the artistic direction of Gretta Taylor, this not-to-be-missed event will feature “Calling All Dawns”— the work the choir performed at the prestigious Carnegie Hall last June, conducted by the composer, Christopher Tin. “Forward Home” also includes a special dedication to accomplished musician and educator, Desmond Waithe, with a calypso and folk celebration of his arrangements through the years.

Over its 56 years of existence, the Marionettes has toured regionally and internationally, winning at least four major international music festivals. Their New York City performance this year, as part of a massed choir, is yet another addition to their already impressive list of accomplishments.

“Calling All Dawns” is a classical crossover album by Tin released in 2009, which won two Grammy awards for Best Classical Crossover Album and Best Instrumental Arrangement Accompanying Vocalist(s) for the song “Baba Yetu”. It was that song— as performed by the Marionettes—that caught the attention of the producers, leading subsequently to the NYC invitation. Music lovers attending the concert will appreciate the work’s diverse languages, musical styles and traditions from around the world, including opera, Portuguese fado, African choral music, Maori haka chanting, Indian classical and more!

With a ready smile and keen sense of humour, Desmond Waithe is no stranger to local adult and youth choirs such as La Petite Musicale and his very own Stentor Choir. He has also arranged for numerous steel orchestras, and calypso and folk ensembles. His relationship with Marionettes began in 1980, when they commissioned him to adapt his celebrated steelband arrangement of Sparrow’s “Slave” for the choir (“Fantasia on the Slave”). Since that time and over nearly 40 years, Waithe has contributed monumentally both at home and on tour as arranger, chorister and cuatrista. 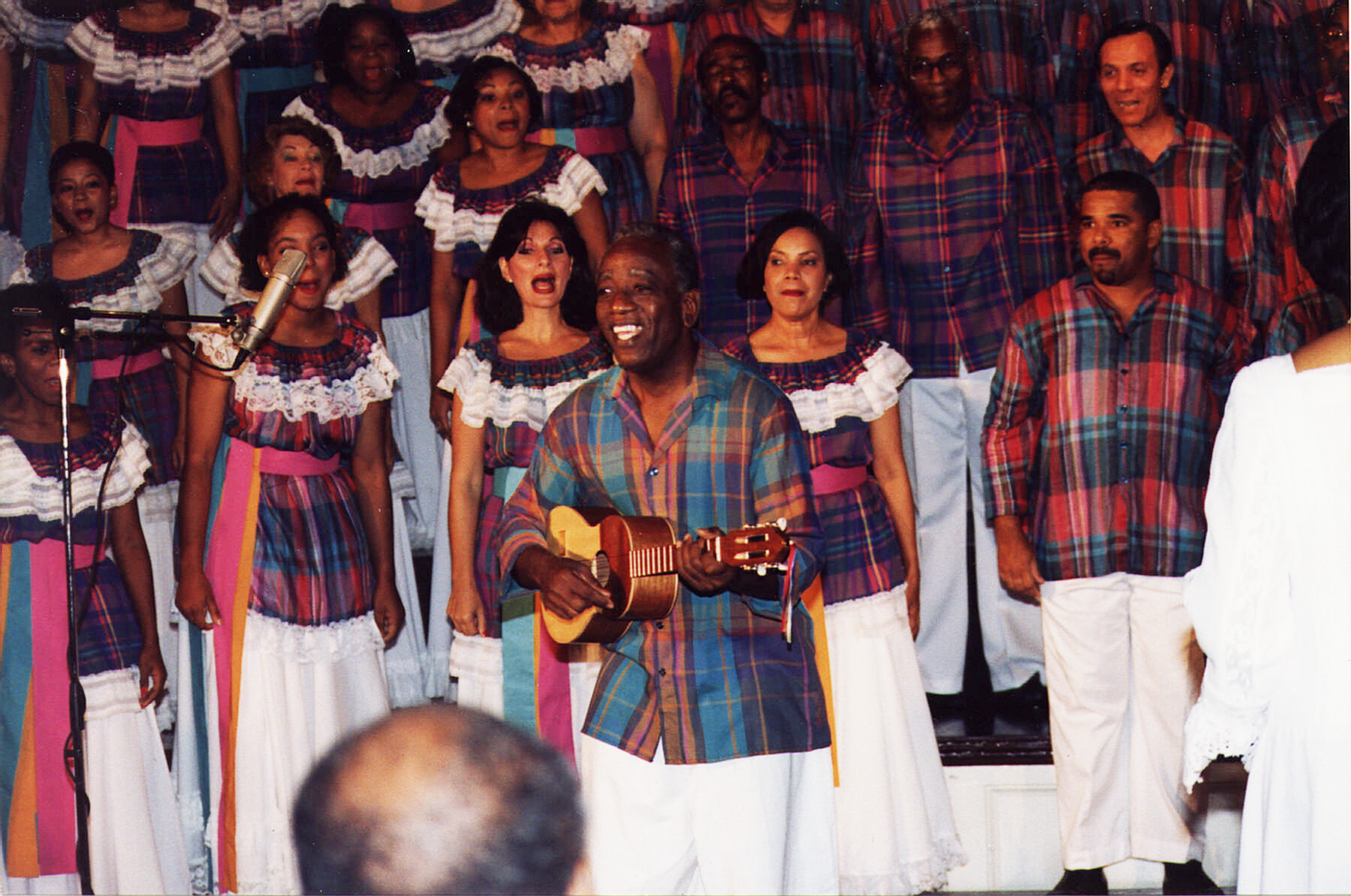 He is currently the Musical Director of the BP Renegades, having also served in that capacity with Exodus’ Exocubs. He has enjoyed several successes with both orchestras at various music festivals in Trinidad and Tobago, France, Austria and more recently, Germany. He also taught for over 10 years in the Music Department of the University of Trinidad & Tobago (UTT). In 1993, he was awarded the Humming Bird Medal (silver) for Outstanding Contribution to Music in Trinidad & Tobago.

Come September 14 and 15, patrons will be treated to some of his more popular arrangements for choirs, including: Andre Tanker’s Sayamanda and Morena Osha; Ken ‘Professor’ Philmore’s Pan by Storm; Lord Nelson’s King Liar; Ella Andall’s Rhythm of a People; local and regional folk music like John Boulay, Evening Time (Jamaica), Salguiero (Brazil) and La Porrinden, from the French-speaking Caribbean. The concert actually takes its name from the classic André Tanker piece of the same name.

“Forward Home” featuring the BP Marionettes will take place for two nights only on September 14 & 15, 2019 at Queen’s Hall. Showtime is at 7.30PM and Sunday at 5PM. Tickets cost $200 and $250 reserved. Special discounts are available. For more information, contact: orders@marionetteschorale.com and 790-1751.