QEDTT In Concert – Remixing the Jam 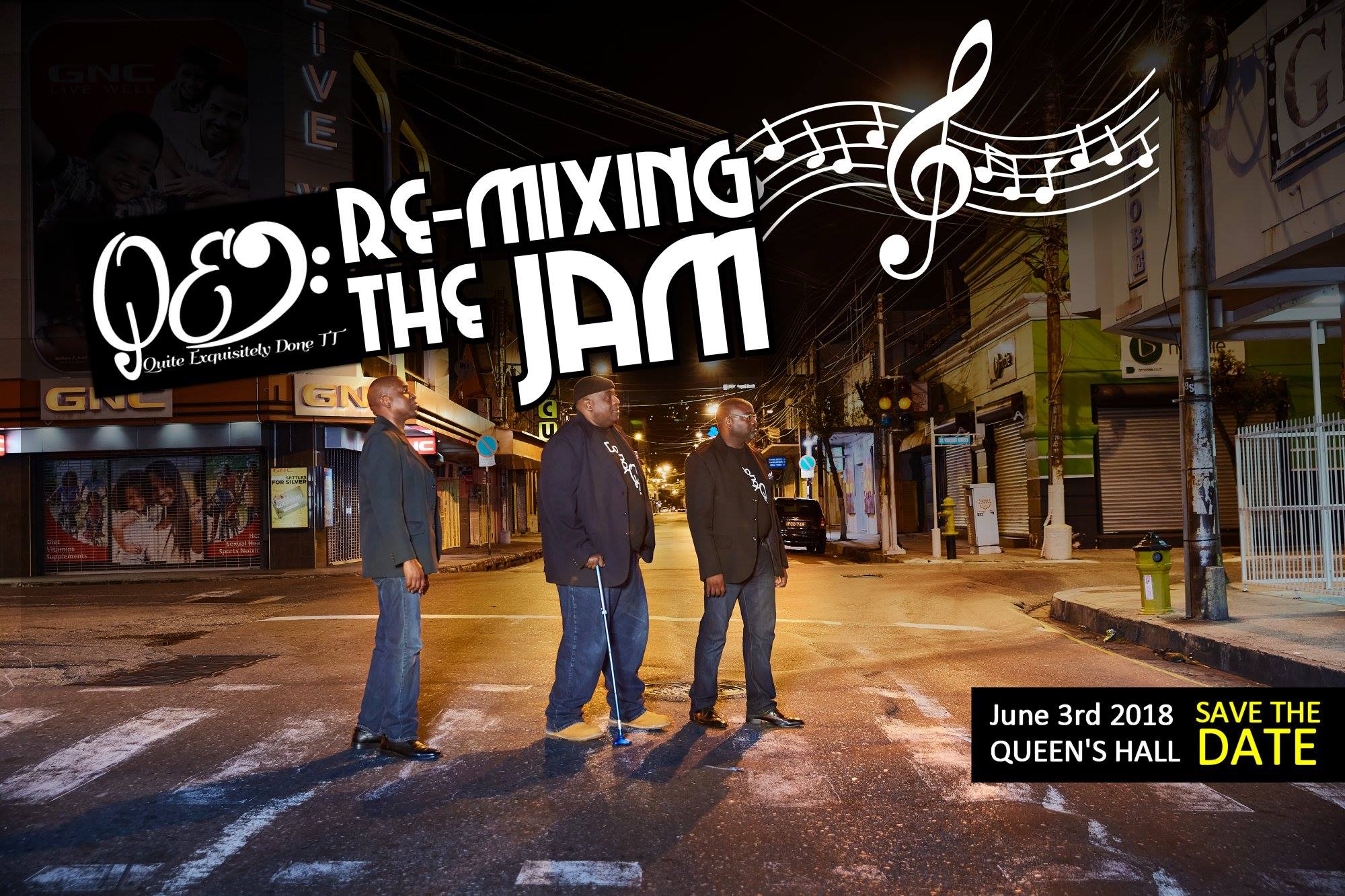 Meet the members of QEDTT!

My first Queen’s Hall experience was at a Music Festival and I was thrilled beyond measure but I also felt the weight of a challenge.  I was up against singers from St. Mary’s College and they had a reputation for excellence. When it was my turn to perform I took the stage and knew immediately I was at home, that this was the place for me.  Many performers who appear to be extroverts are actually very shy and the stage is a place where they can express themselves and live the alter ego. I opened my mouth and sang and blew my competition away!  I was 17 and the experience of being cheered loudly, hugged by the girls of Holy Name, approached by Richard Pierre saying he had to shake the hand of the boy who could beat a St. Mary’s boy, had a profound effect on my life.

Hmm. The road to Queen’s Hall was not a quick ride. As a primary school treble, I made it as far as All Saints Hall and was eliminated in the Pre-Preliminary round. There were some other unremarkable experiences on the piano as a youngster and then I placed 2nd in the trumpet solo class… there were two competitors…the poor other guy didn’t place.  My big moment came as a form 5 student when I sang in the 16-19 boys solo class. Dr. Havelock Nelson said that my voice made his toes curl. I wonder if that was a good thing.  Confidence on the Queen’s Hall stage came much later as a member of the Lydian Singers.  It is a big stage and the back of the hall to this day seems so far.  It is a challenge to reach, I mean really reach the audience in between the stage and the back. Many have walked there.  Many have reached the audience in between.  Many an audience has been transformed in that space.  The Hall demands respect and will forever have mine.

Queen’s Hall holds a chilling memory for me!  I once had a quick costume change in the wings for the production of Les Miserables in which I played a lead role.  My assistant was super efficient!  As soon as I came of the stage it was OFF with my pants and ON with the new costume!  As I got back on stage a draft hit!!!  It was then I realized my underwear had inadvertently gone with the previous pair of pants!  Fortunately, lighting conditions didn’t allow for anything going viral but I get chilled just thinking about it and I have a great Queen’s Hall story for my Grand kids!