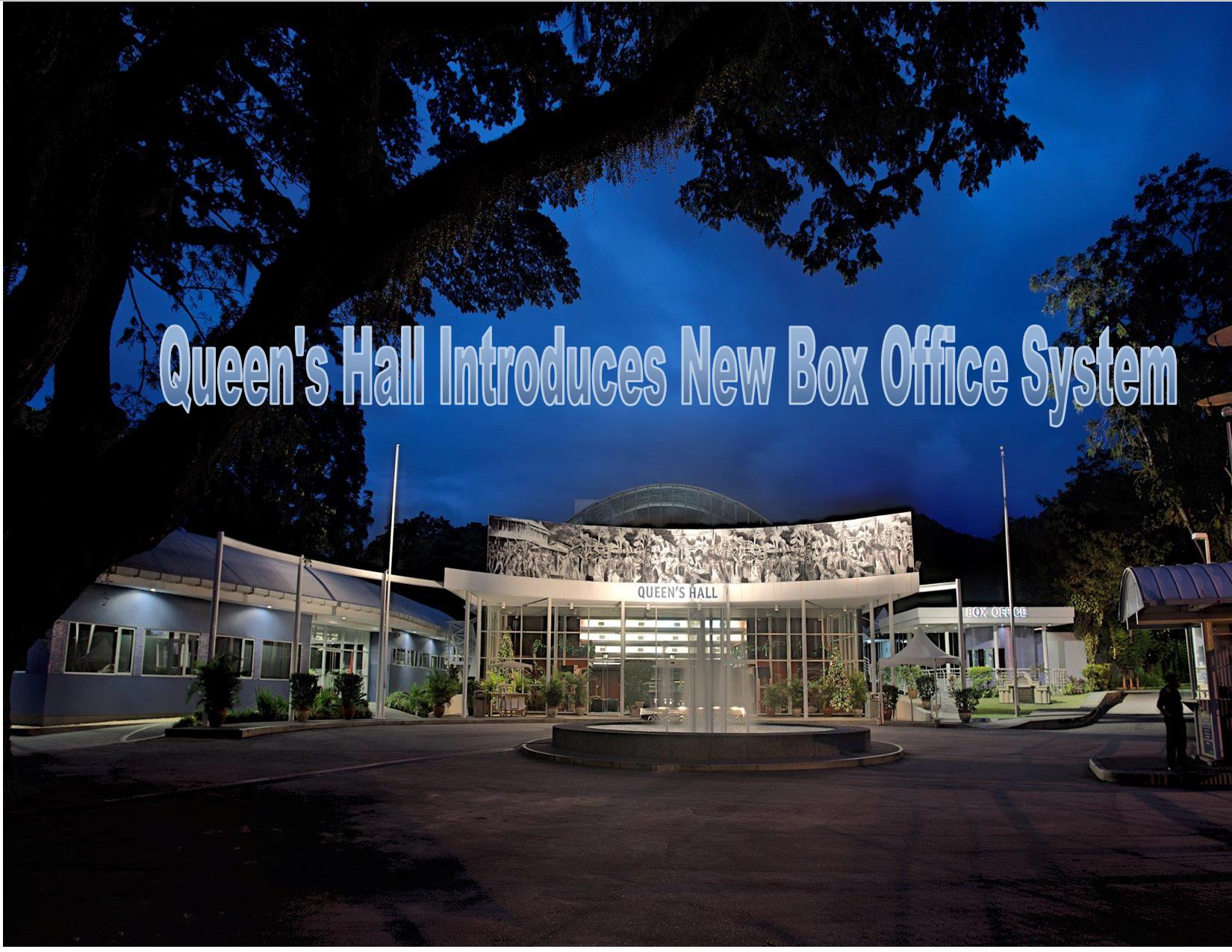 Queen’s Hall has always been viewed as the organisation which sets the standard for the performing arts industry in Trinidad and Tobago. This does not just emanate from the fact that we are the oldest performing arts space in the country but from the fact that successive Boards have taken on the responsibility to lead and adopt innovative systems so that all industry players could grow and develop their art form and their business. Queen’s Hall has indeed taken on a nurturing and developing role in the performing arts industry.
Since 2009, the Board and management of QH has been reviewing the whole area of Box office management and seeking to find ways in which QH could assist its stakeholders in this vital area of their business.
In 2013, a Client/Producer consultation session was held in which the Board and Management were able to discuss with Producers some of the ideas and proposed projects in the pipeline. One such project was a Box Office solution which would provide producers with electronic ticketing and online ticketing features and for many producers take the hassle away from having to manage and run a Box office while producing a show. The system was also geared to provide longer marketing periods for producers thus providing them with the opportunity of improved sales. Patrons would also now be provided with the convenience of purchasing tickets from their homes.
After a long gestation period, which included client surveys and request for proposals from ticketing system providers, clients/producers were advised in August 2015 that Queen’s Hall was ready to implement the Box office solution. The Board and management appreciated that this imminent transition would raise many questions and concerns among our producers/clients, and as a result, we have been engaged in meetings over the last few months with clients on a phased basis to explain in detail how the process will work and to address on a case by case basis any serious concerns and apprehensions.
The first test case for this new system was a large six show production which was sold out for most nights. Despite many challenges and pitfalls which follow such an introduction, the producer of this show expressed confidence in the system going forward. He exhorted Queen’s Hall to continue with the system as he thought that this was the way to go. The productions which followed this initial show did not experience the earlier challenges and we are convinced that within a few months our teething problems would be over.
We are continuing our meetings with clients/producers over the next few months and we are quite grateful for the feedback that we have received thus far and know that change and new systems bring challenges which in the end will result in a more efficient and better run system for all the players involved.