RR Productions- ” Should I Really Get Married?” 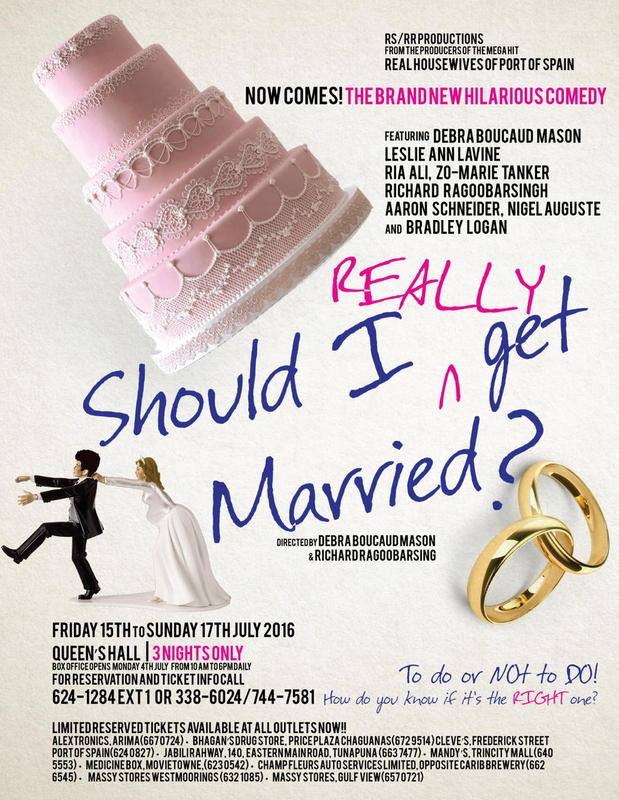 Coming from ‘Real Housewives of Port of Spain” which ran extensively for (9) eight months. Our production company now premieres its long awaited Brand New Production, the hilarious sexy comedy “ Should I ^reallyget Married?” To do or not to do? How do you know if it’s the right One? Most of you have asked yourselves this question!!!!
Find out in this absolutely brand new hilarious play that will peer comically into the lives of four gorgeous Trini women and men. Will have audiences falling in love laughing and even being scandalized by the behaviour of the various characters.