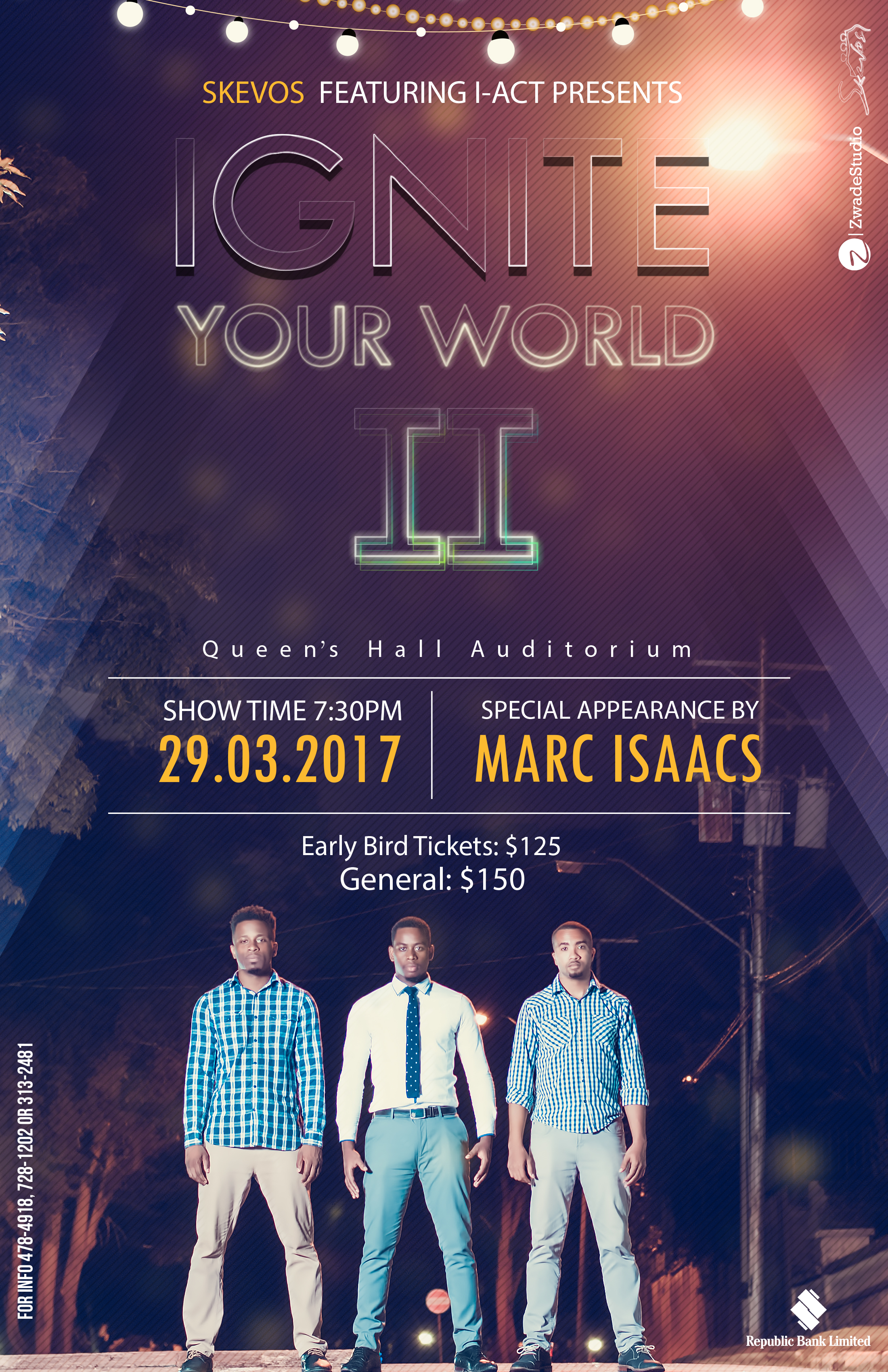 Meet the three male vocalists of Skevos Ministries – Wrudell Timothy, Deuel Jueanville and Ervin Legall. Skevos is a band with a beautiful mélange of musical genres. Since its establishment in 2008, the band has developed into a prominent group in the local gospel music fraternity. Their passion for creating alternative fresh new sounds shows through their hits such as ‘Thank You’, ‘Mr. Murderer’ and ‘Ignite Your World’.

On Wednesday 29th March, Skevos Ministries will partner with I Am Christian Theatre (I-ACT) to host Ignite Your World II. Established in 2011 and based in the Maloney community, I-ACT seeks to use drama to engage youth from all walks of life to initiate a positive change in their lives. Ignite Your World II is the second installment in the concert series produced by local gospel artistes Skevos.

Promising to be even greater than their first sold out show in 2014, Skevos alongside I-ACT, brings together elements of drama and a refreshing fusion of positive Christian sound all with the aim of CHANGING THE WORLD! With an ever-increasing crime rate and constant strains of economic recession on everyone’s mind, this concert seeks not only to entertain but to create a movement of hope; the hope that we can change THE world by changing OUR worlds.