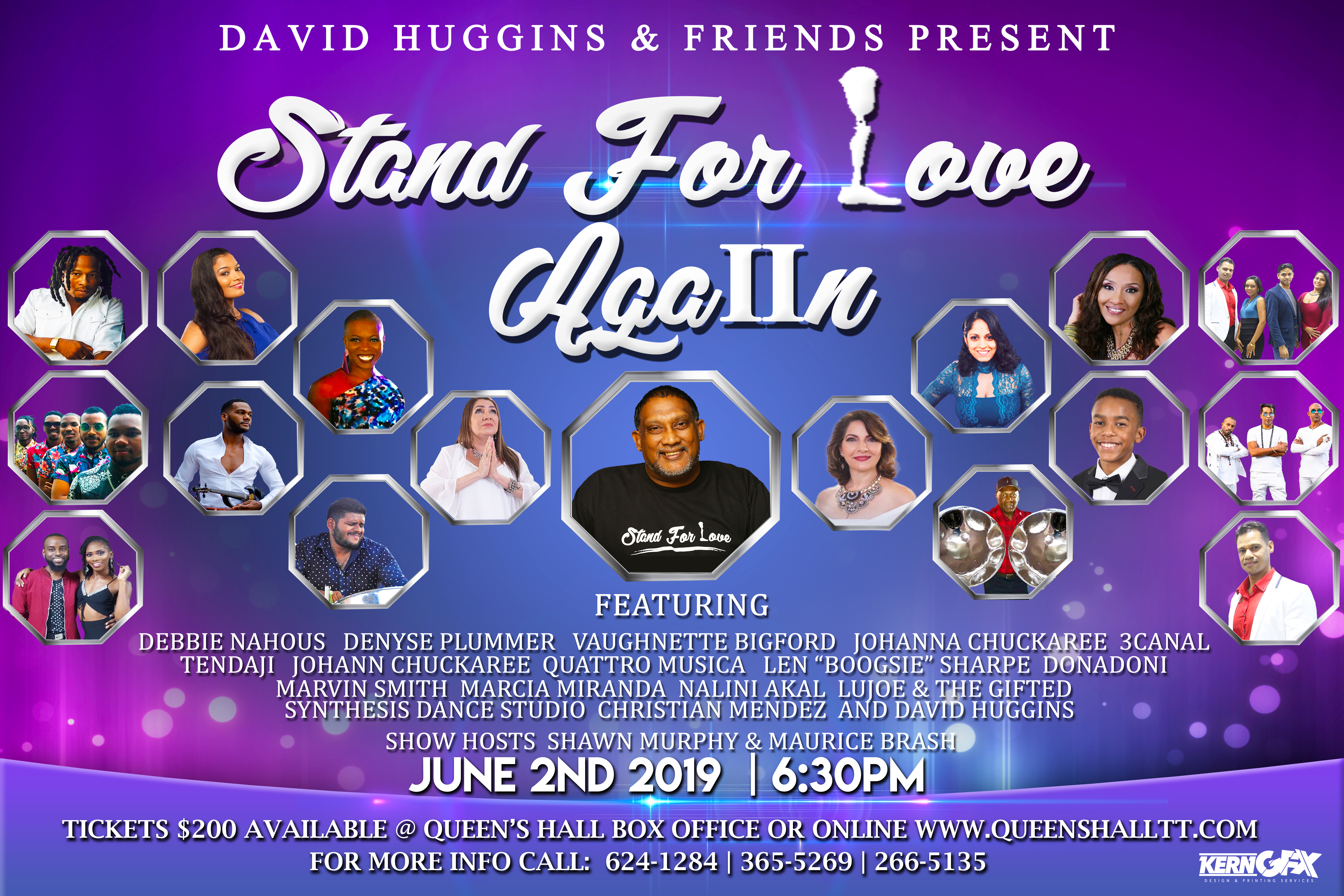 In response to the public’s demand for a repeat performance…David Huggins and Friends Present Stand For Love AgaIIn.

Last year Stand For Love started off as a fundraising event to assist well known radio personality and professional vocalist David Huggins obtain a prosthetic leg. David a diabetic lost his right leg due to complications associated with diabetes. He immediately decided to hold the concert to both build awareness and raise the much needed funds for his regaling mobility. The concert was an overwhelming success with hundreds literally begging to get tickets from patrons who bought out every seat! His lineup featured the local who’s who in vocal and musical greatness, all of whom either performed with David for many similar events or alongside him in his private gigs. To quote Kay Christopher, a former Queen of Carnival and patron to the show: “You couldn’t ask for anything better…It was a great show and wished it could have been held again”

Tickets are only $200 an are available @ Queen’s Hall box Office or online www.queenshalltt.com

We know it’s on Sunday so time is important to us, so we guarantee a run time of 90 minutes so that you  can be home safely and begin to brag by next week Monday that Stand For Love AgaIIn was indeed an amazing experience, with giveaways and sampling out front , door prizes, surprises and the most import aspect.. the high standard of  all the artists on stage.

“It is my dream to walk again, the people came and they supported and now, I give thanks and give  back as this is my calling.. I’ve kept hinting…you need to be at Stand For Love AgaIIn. This concert will change your life…ask the many who attended and even more, those  who wished they were there Come to the show as Love Returns To The Hall… AgaIIn”