Stand for Love – A Fundraising Concert 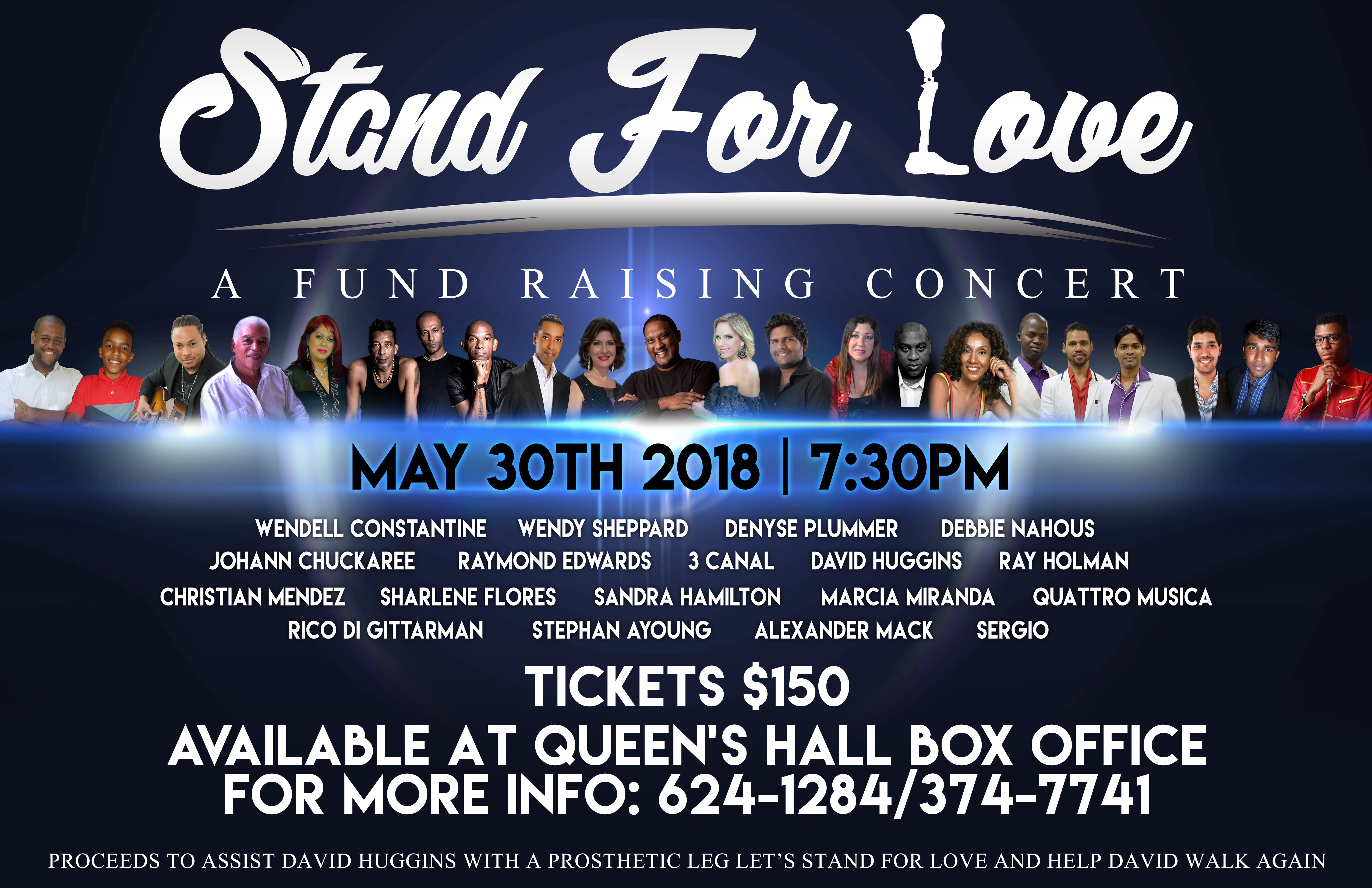 Performing since the tender age of seven through encouragement of his primary school teacher Mrs. Jessie Brash, David Huggins went on to develop his interest in singing under the direction of Maria Gomes, his teacher at Maria Regina Grade School followed by the illustrious Lindy Ann Bodden Ritch at St Mary’s College. In 1986 he was accepted into The Settlement Music School in Philadelphia P.A. and later returned to Trinidad as a certified Vocal Trainer.  He immediately began doing vocal therapy with many of this country’s vocalists, groups, choirs and soca artistes including Machel Montano and  Christopher “Tambu” Herbert. In the late 1980s  he landed a Radio Announcer’s job as Morning Host of Radio Trinidad 730am and was then rebranded as “David “Okee Dokee Huggins” on the first of the FM trending frequencies, Radio Tempo 105.1. Read more about David Huggins here…

In the early 90’s David became was the first local Radio Announcer to be accepted to Gem Radio/Cumulus Atlanta Network, as an outsourced broadcast talent which serves the Leeward Islands allowing his sonorous voice be heard in islands such as Tortola, Anguilla Saba St. Maarten Antigua, Montserrat, St Kitts & Nevis & Barbados at the same time! During his tenure, David became  the most sought after voice over artist for narrations and radio commercials .Fast forward to modern day,  David’s singing continues to inspire and uplift as his performances were more streamlined for Church Services, Wedding Ceremonies  and Private Events. As a Radio Announcer  he was up to recently one of the smooth talking voices on 107.7 Music For Life.

In 2017, a diabetic foot wound resulted in the amputation of his right leg. Did it stop David Huggins? Not in any way! He continues to sing with an even greater passion and remains a staple of St. Theresa’s Church Woodbrook and although not on radio at present, his voice is still in demand for his rich sonorous texture.  In 2018 “Stand For Love” was conceptualised – a Fund Raising Event on Wednesday 30th May to help David regain his mobility through the acquisition of a prosthetic leg. A new chapter begins for David Huggins as he faces his challenge with pride and determination, inner strength and faith and the assurance that love surrounds him wherever he goes.