The Esimaje Foundation- ” No Man Left Behind” 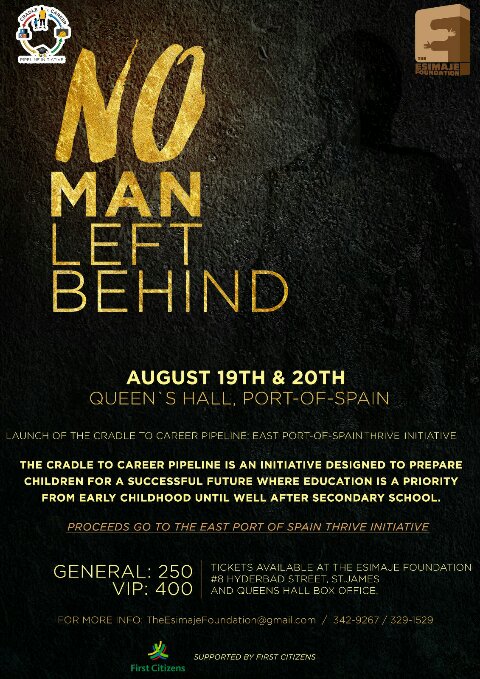 Catharsis is a dramatic piece involving a series of stories that allow an emotional release. By telling your story you gain strength, ‘an understanding of yourself, your past, present and future’. Catharsis powerfully connects the audience to the storyteller using different theatrical techniques. ‘Whosoever survives their test, whatever it may be, they must tell their story that is his story. There are hundreds of stories to be told in this country.

The play Drift, is a riveting and emotional journey as some of the complexities of manhood are examined. The play happens on a pirogue out at sea. Mr. Peter, the oldest fisherman, rents a boat from Shrimp as his boat is experiencing some difficulty. Along with his usual crew, Fish and Caster, Mr. Peter takes his son (Junior) and a young videographer (Mannix) out to sea. Mr. peter brought Mannix to complete a school project. The crew of six are robbed by pirates and left for dead for several days. As the boat drifts on an unpredictable current, the boat owner Shrimp, is enraged as he thinks he has suffered the greatest loss. Fish is upset with Shrimp for his constant complaints. However, Shrimp knows a lot more about Fish than he thinks. The men all seek survival as secrets are unwrapped and emotions are intensified. As all this happens, a storm meets the men out at sea.