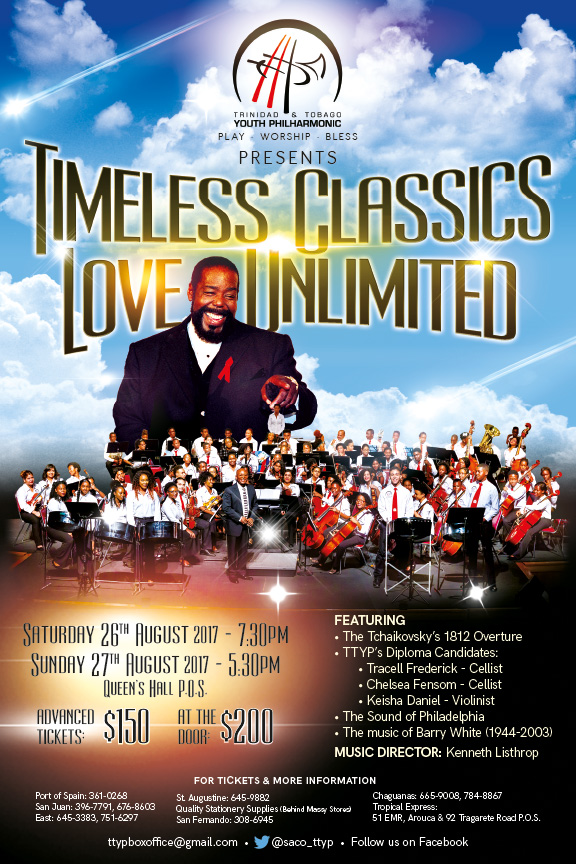 Trinidad and Tobago Youth Philharmonic (TTYP) is proud to be the nation’s only youth orchestra, and the largest symphony orchestra in the English speaking Caribbean.

Our music educational programme began at The University School, St. Augustine, with one, thirteen year old, student – Celeste Jules (now an established Attorney-at-law) from St. Joseph Convent, St. Joseph. As she passed the word along the St. Augustine Chamber Orchestra (SACO) was officially launched on December 5th 1999 at the International School of Port of Spain, Westmoorings with approximately 18 students.

In August 2006 the orchestra evolved to TTYP, with St. Augustine Chamber Orchestra continuing as the registered governing body. Now, as the organization forges ahead with a vision for national development, beyond a localized group out of St. Augustine and having a more nationwide connotation, the Board decided to deregister St. Augustine Chamber Orchestra. Today, Trinidad and Tobago Youth Philharmonic (October 2016), is now a duly registered Non-Profit Company under the Company’s Act (1995) of Trinidad & Tobago! – “What hath God wrought!” (Numbers 23:23)

TTYP is dedicated to promoting and encouraging public knowledge and appreciation of orchestral music interwoven into the art and culture of Trinidad and Tobago both at home and in the wider Caribbean. 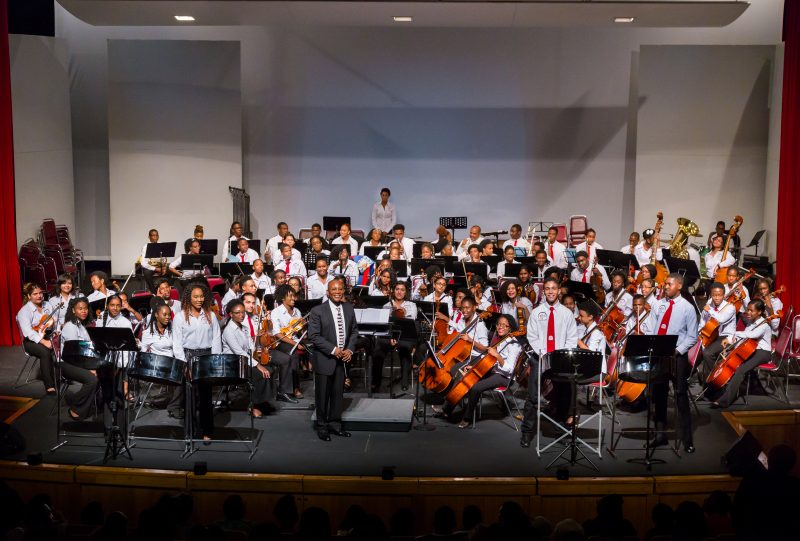