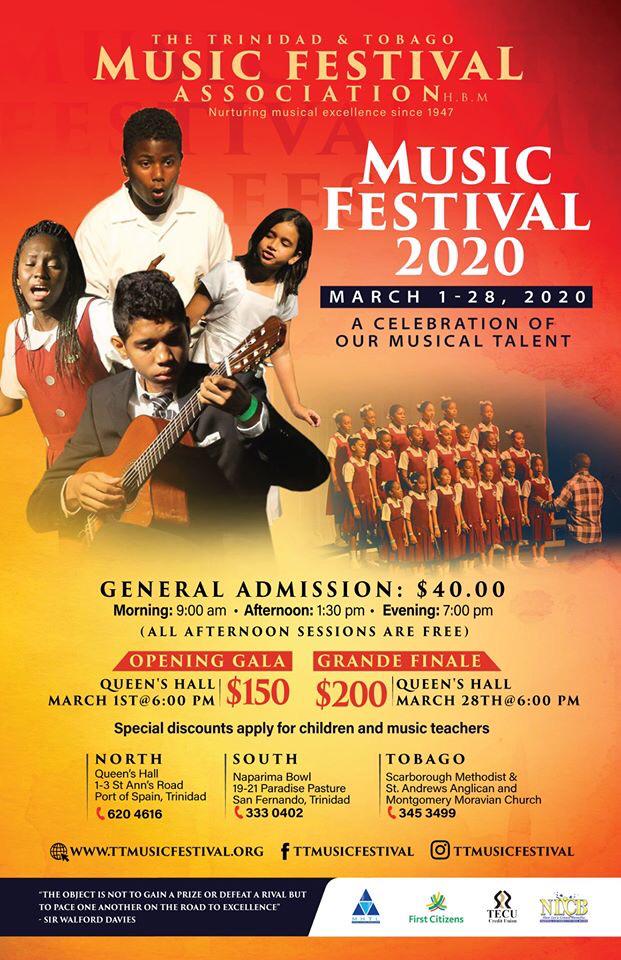 This year we brand the festival using local adjudicators of high repute and bring in international ones – Jiselle Rouet from the United States and Bryan Husband from the United Kingdom for the Championships.

N.B.Local adjudicators will be at each Centre

The Trinidad and Tobago Music Festival Association grew out of the Trinidad and Tobago Biennial Music Festival. Established in 1946 by Helen May Johnson as a celebration of classical music, one of the oldest national music festival in the English-speaking Caribbean. Starting largely as a choir festival featuring several school participants, the Music Festival blossomed into a showcase of more than 60 categories of music, featuring more than 800 competitors each year over a two-month period (February to March). The Festival provides a national forum for musical talent to be cultivated, it has become almost a rite of passage for generations of Trinidad and Tobagonians; and it has opened its doors to participants from other countries, usually from the English-speaking Caribbean. Several of the Festival’s participants have gone on to create a name for themselves internationally, no doubt in part due to the work of the Festival. Over its 73-year history, the contribution of the Festival to both local and international arts and culture has been both impressive and very evident. The crowning national achievement of the Trinidad and Tobago Music Festival Association is the building of Queen’s Hall.