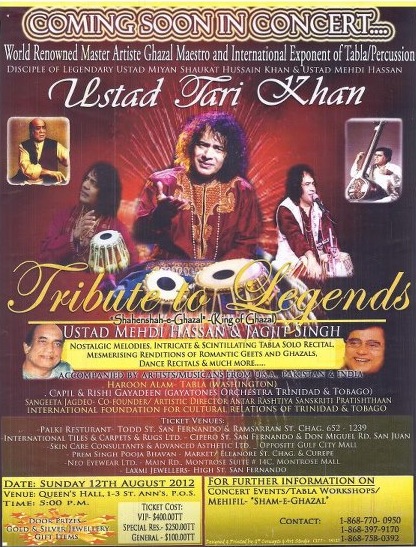 Abdul Sattar ‘Tari’ Khan hails from a traditional Rababi family (musicians employed in the Sikh temples of Punjab). His father was a classical vocalist. At fourteen, he formally became a student of Ustad Shaukat Hussain Khan. Three years later he performed at the death anniversary of tabla master Mian Qadir Baksh. That solo performance earned him a revered place amongst the tabla greats.