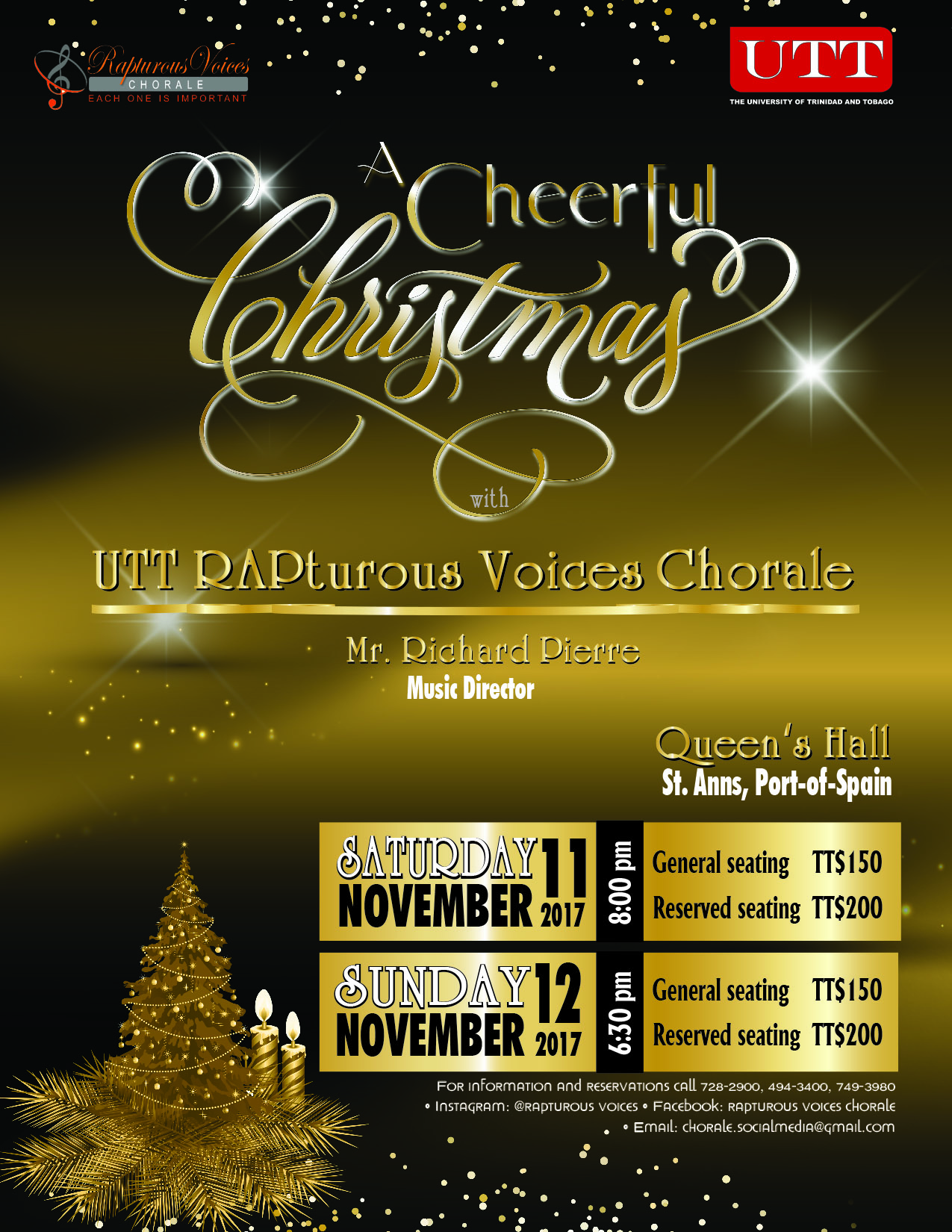 “UTT Rapturous Voices Chorale’s presentation of  ‘A Cheerful Christmas’ will deliver a stirring rendition of heartwarming secular selections beautifully wrapped in cheerful Christmas classics decorated with dance. The programme will provide something for every age and stage and promises to leave you quite exhilarated.” says UTT’s Lorraine Crosby. Showtimes on Saturday 11th and Sunday 12th are 8pm and 6:30pm respectively.

The Chorale is led by renowned vocalist and musician Mr. Richard Pierre. The group was originally formed in 1993 as the Valsayn Teacher’s College (VTC) choir. The choir was subsequently renamed the UTT Chorale when the VTC was converted to the Valsayn Campus of the University of Trinidad and Tobago. The Chorale has since grown to encompass UTT staff and students, and most importantly the members of the community in which the UTT serves. In 2015 the group was incorporated as a nonprofit entity under the name Rapturous Voices Chorale incorporating the initials of the Music Director Richard Anthony Pierre.

Limited tickets for ‘A Cheerful Christmas’ are now available at the QH Box Office.