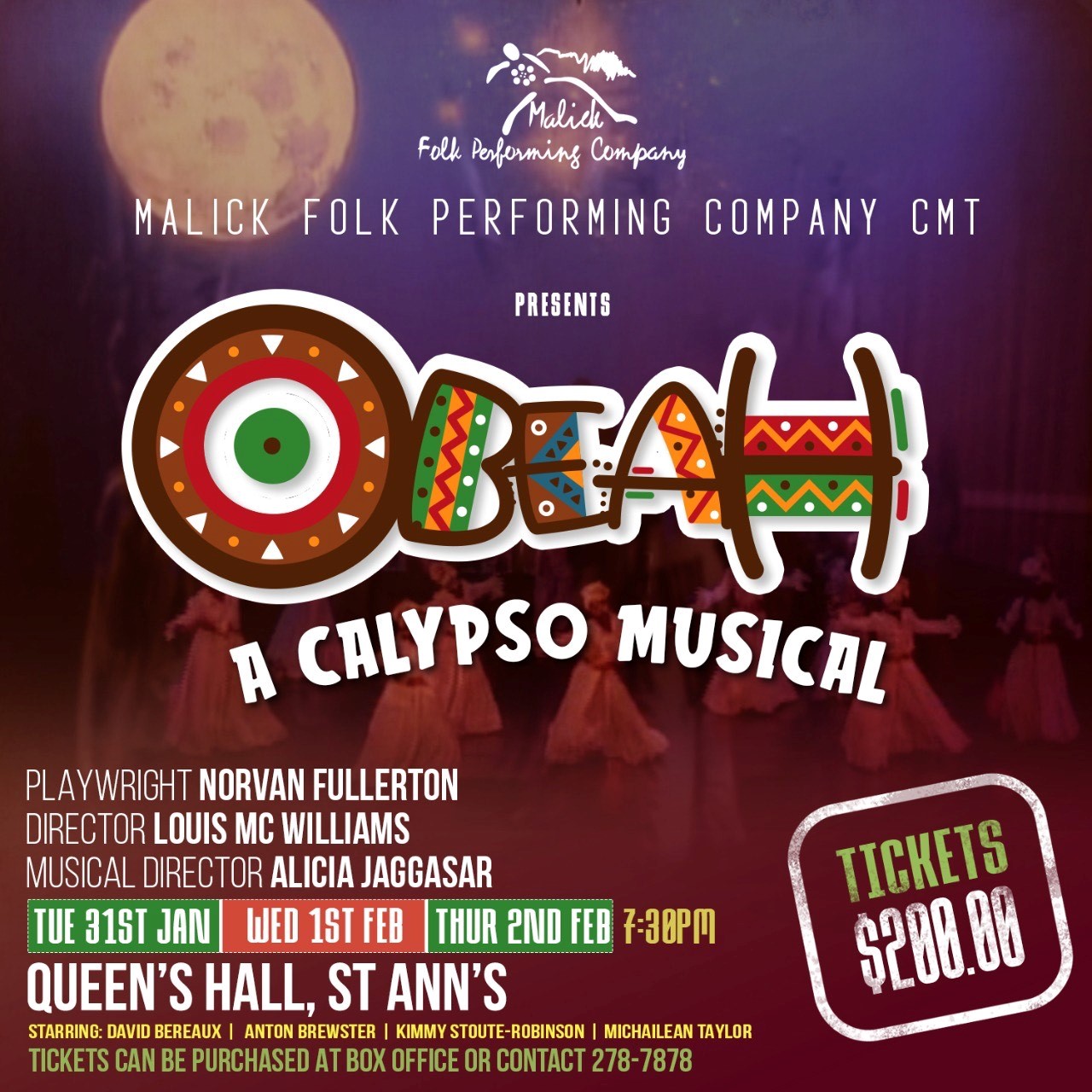 “OBEAH” is a calypso musical written and staged in Trinidad and Tobago. This production won almost every category at the Prime Minister’s Best Village Trophy Competition in 1986 helping Malick become the overall champion of that year. Malick later went on to stage “Obeah” locally and internationally in 1987 to sold out audiences. In 2014 the legendary “Obeah” was staged again. This time taking second place in the competition but deemed the “people’s choice” for first place.

A brief overview from the Director of “Obeah”:

In our search for a way to use the language of the poets of the land, the calypsonian, the late mighty DUKE, came to mind. In his immortal “What is Calypso” DUKE writes and sings “It is a feeling that comes from deep within.  It’s a tale of joy or one of suffering, it’s an editorial song of the life that we undergo”. Therefore, we decided to take the Kaiso and let it tell a story – Calypso Musical.

More than seventy-five calypsoes are used in this production which is set in a calypso tent.  The calypsonians are preparing for the grand opening of the tent the following night, when the idea to present the musical is debated and consented upon.  The plot centers around ‘One Foot Visina’ and her daughter Melda who visited the Obeah Man (Pa Neza) in her quest in search of respectability and the other a mate.  The obeah that they work has a distinct effect on the lives of the Joseph family (Mr. Walker, his daughter, Rose, his grandfather and Rose’s fiancé – Sweet Man Doray).

This is a riveting and entertaining calypso musical production with lots of drama, folk tales and endless calypsoes to which the audience will be singing along to during the stage performance.